Celebrities Are Here with a New Hashtag and a Reminder that 'Yes,' You're a Racist 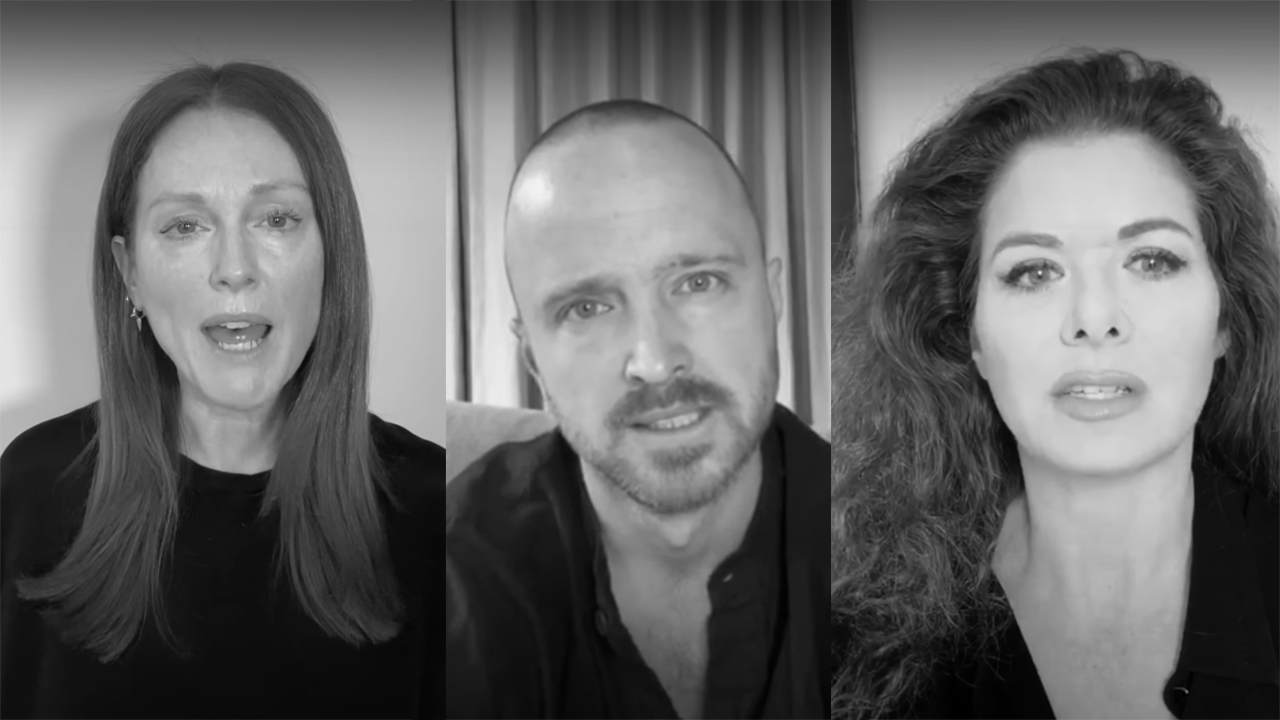 Remember when Gal Gadot and a bunch of her friends tried to cure the Wuhan virus quarantine blues with a celebrity mash-up of "Imagine?" Well, Hollywood's best are at it again, and this time they've teamed up with the NAACP and progressive Confluential Films to cure systemic racism with a sparkling new hashtag and a two-minute YouTube video.

Even more somber and cringe-worthy than the "Imagine" video, if you can believe it, the video features faces of celebrities ranging from white to very white, all dutifully looking into the teleprompter and proclaiming, "I take responsibility."

Set to a low tempo track better suited to a documentary focused on the reality of quaalude addiction, the video opens with the simple message of #ITakeResponsibility from several brave celebrities who seemed to have instructed their hair and makeup people to make them look like they didn't have hair and makeup people. Some of them even wore glasses.

"I take responsibility," a bespectacled Sarah Paulson says to open the confessional. She's followed by Aaron Paul of "Breaking Bad" and then several more vaguely familiar faces. What they're taking responsibility for is less clear at the start of the video, which is much more akin to a bad audition reel, complete with hands held over hearts and long, dramatic pauses.

"I take responsibility for every unchecked moment... for every time it was easier to ignore than to call it out for what it was... every not so funny joke, every unfair stereotype." Oh, good. Apologizing for jokes is always a good start when you believe you're on a quest to better the planet.

Phase three: complete and utter acceptance that their very existence as white people and prior support of the police has been harmful to black people.

"Black people are being slaughtered in the streets, killed in their own homes," says Oscar winner Julianne Moore. "These are our brothers and sisters."

"Killer cops must be prosecuted," Aaron Paul says, writhing with Jesse Pinkman angst. "They are murderers!"

Are you moved? Don't worry; the celebrities were prepared for the fact that their 127 seconds of raw acting talent er... genuine passion would encourage you to participate in also making such a tremendous gesture in the fight against racism. They were thoughtful enough to include the hashtag as a reminder and a link to the I Take Responsibility website.

The website is where the real fun comes in for guilty white people because right there on the landing page, you must confess your mortal white sin just to enter the site. You can pick from having denied the existence of white privilege, not being properly educated on racism, not educating your kids on systemic racism, saying "I don't see color," appropriating black culture, and many other choices. You cannot pick more than one, however, so think carefully about what kind of racist you really are before you move on.

Now that you've chosen your most relevant racist infraction from the drop-down menu, what are you going to do about it? Don't worry; you have choices. You can "demand for police accountability," "support organizations on the front lines," "donate to families affected," or, the most important one, I'm guessing, "mobilize voting efforts."

Just two, hopefully well thought out choices later, you're doing your part to end racism. And you don't even have to go anywhere or even write your own tweet. Just one click on "Share your Pledge," and you're fighting the good fight to put an end to hate in the world. The crew at I Take Responsibility writes a virtuous cry for you, based on your drop-down choices, all in less than 140 characters and their hashtag conveniently installed.

Sure, you can also donate to the NAACP or several highly political charities listed on the site, but now that you've watched the whole video, confessed your racism to the internet, and even tweeted out a hashtag, why bother?

It's always refreshing when millionaire celebrities use their popularity for good and make the honest sacrifice of reminding us all they are bleeding heart liberals and always down for a trendy hashtag.