Flashback: Here's What RBG Had to Say About Kneeling Protesters 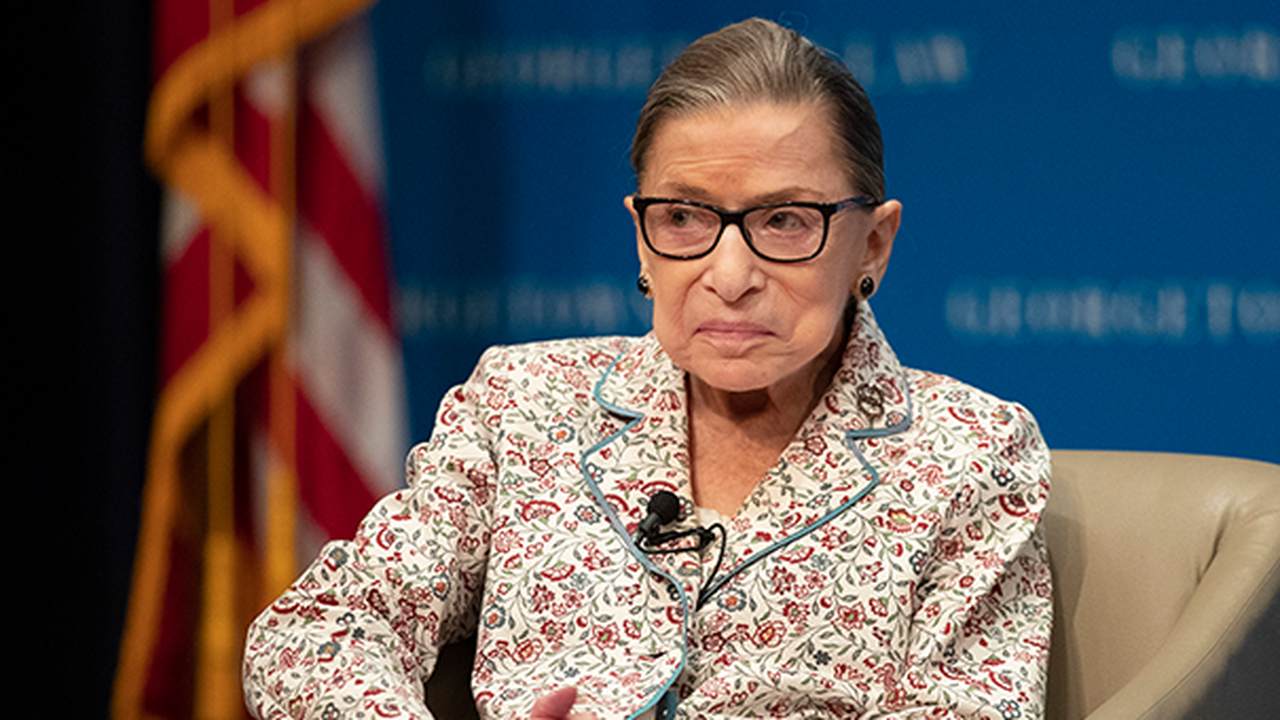 Several Congressional Democrats gathered in the U.S. Capitol on Monday for a moment of silence, ostensibly to commemorate the death of George Floyd. The group of politicians, which included House Speaker Nancy Pelosi and Senate Minority Leader Chuck Schumer, knelt on one knee as each donned a traditional Ghanian kente cloth, seeming to signal their solidarity with black people or something like that.

Can someone tell these people we are Americans? https://t.co/mRoLZfc0Vv

The moment of silence was, of course, polluted with the sound of cameras constantly clicking because there would have been no point in expressing their grief and respect for Ghanian-Americans on one, often shaky knee if it wasn't captured by every reporter on Capitol Hill that day. But aside from the embarrassing photo-op, kneeling in support of activism has gone from taboo to mainstream in under two weeks.

Kneeling began, of course, when NFL quarterback Colin Kaepernick sat down during the playing of the National Anthem at the start of a preseason game with the San Francisco 49ers.

"I am not going to stand up to show pride in a flag for a country that oppresses black people and people of color," Kaepernick said at the time. After that game, he kneeled for the remainder of the season during performances of The Star-Spangled Banner. He also donned socks with police as pigs during a game and, after the end of his football career, criticized the American military for being a "weapon wielded by American imperialism, to enforce its policing and plundering of the non-white world."

But since that time, organizations like Black Lives Matter have adopted kneeling in general as a show of support for their cause. Since the protests and riots began after the death of Floyd two weeks ago, kneeling has evolved dramatically from a refusal to honor the flag during the Anthem to a full out surrender to protesters calling for the end of law enforcement in America. Kaepernick remains an icon of the Black Lives Matter organization and protesters across the country.

Images of politicians, community leaders, police officers, and even national guardsmen kneeling throughout the protests have sent a chilling message to the country that those who vowed to protect American lives and values are now putty in the hands of activists. Kneeling has gone much further than a simple show of solidarity with people angry about racism and now represents a level of cowardice rarely associated with the freest nation on the planet.

But as the Democratic leaders of both chambers of the U.S. Congress kneel on the ground with their peers to the roaring sound of clicking cameras, one Democratic icon's words would remind them just how absurd and conciliatory their behavior looks.

"I think it's dumb and disrespectful," Supreme Court Justice Ruth Bader Ginsburg said in 2016 of kneeling in front of the American flag. "I would point out how ridiculous it seems to me to do such an act." While Americans and many politicians from across the political spectrum agreed with Ginsburg's comments at the time, no Democrat would dare say such a thing today.

As an interpreter of the law, Ginsburg defended the right to protest, even if that meant kneeling in front of the flag. But she would not retract her personal view on the matter.

Unlike the Democratic leaders in Congress, protesters should probably not expect the 87-year-old jurist to kneel for the cameras anytime soon.