Demanding a Refund: Duke is Latest University to Be Sued Amid Pandemic Lockdown 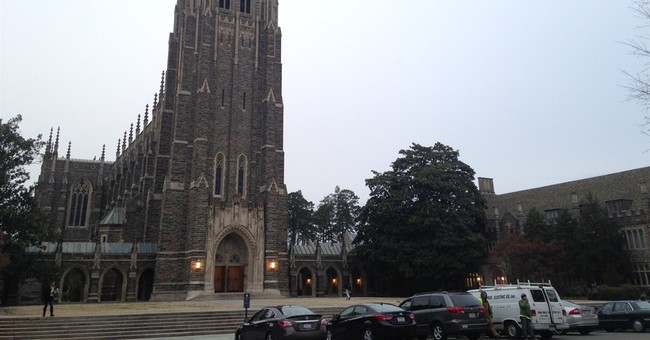 Following in the footsteps of students in several class action lawsuits against top colleges, students of the elite Duke University in North Carolina are demanding a refund for their expensive education destroyed by the Wuhan coronavirus pandemic.

Law firm Hagens Berman, which has taken the reins on several legal actions against expensive colleges not returning money to jilted students, said that the plaintiff in the most recent filing against Duke is simply not getting what he paid for.

Hagens Berman managing partner Steve Berman noted that Duke's shift to entirely virtual academics is a far cry from what was sold to enrolling students and families writing enormous checks for education.

“Duke prides itself on its ‘exceptional academics,’ and ‘community of support,’ and there’s a reason hopeful students choose Duke over higher education via remote learning."

“While many schools nationwide offer and highlight remote learning capabilities as a primary component of their efforts to deliver educational value (see, e.g., Western Governors University, Southern New Hampshire University, University of Phoenix-Arizona), Defendant is not such a school,” the suit states. “Furthermore, touting its campus, Duke notes that its ‘campus of 8,600+ acres gives students space to roam—both physically and intellectually. But it isn’t just the setting that makes Duke unlike any other university. It’s the feeling—the kinetic energy of connections forged, creativity sparked, and ideas born.’”

“Students at Duke suffered an abrupt and unprecedented upheaval after their 2020 spring break, evicted from the dorms and switching entirely to remote learning,” Berman added. “No more library access, hands-on lab experiences, gym access or in-person access to professors, all of which our client and many other Duke students paid for and expected to receive.”

Duke University is a private research institute that costs upwards of $74,000 annually for undergraduate students. Just like fellow high-end research college the University of Southern California, also being sued by students, access to laboratories and interactive classrooms is crucial in completing collegiate assignments in pursuit of high-level, research-based education.

Duke, USC, and several other high-end universities are being pursued by current students for total refunds of the 2020 spring semester tuition. As the COVID-19 lockdowns have shut down these campuses, students are left to wonder why they aren't being offered a refund outright by schools so clearly not able to give them an education.

Exorbitant tuition and housing costs aside, most elite, private colleges also benefit from a multi-million or even multi-billion dollar endowment. Several of those schools, including Harvard, Yale, Princeton, and Stanford, returned money awarded to them as part of an education stimulus via the CARES Act. Duke, which has an $8.6 billion endowment, did not accept the $6.7 million in stimulus from the April emergency funding act.

"In reviewing what the funds would be used for and also what the requirements were from the government in terms of reporting and ambiguity, we determined that there were some fairly significant legal and regulatory issues that were unclear to us and could have had a significant impact," said Duke vice president for public affairs and government relations Michael Schoenfeld.

The university did set up a $4 million fund in emergency aid for students in sudden financial straits, but offered no amount of money as a refund to students banned from campus and locked out of their paid-for dormitories. In addition to Duke and USC, Hagens Berman is also representing clients looking for refunded tuition from Boston University, Vanderbilt, Brown, and George Washington University.