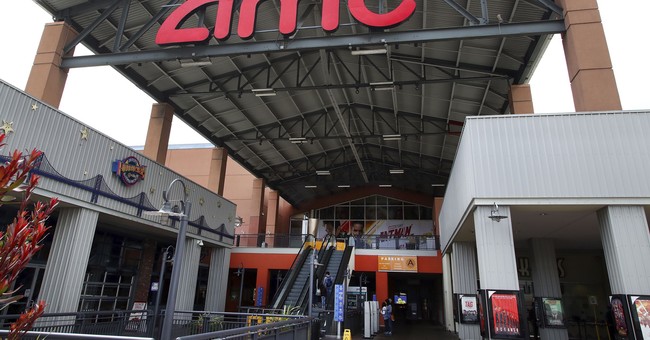 AMC Theatres, which shuttered all 1,006 of their multiplexes across the world this March in the wake of the Wuhan coronavirus pandemic, is being sued in Florida for nonpayment of April rent. Shopping mall landlord Palm Springs Mile Associates, Ltd filed suit this week against The AMC Hialeah 12 for failing to pay the monthly installment of $52,153.87 for their leased cinema space.

Although AMC had informed the Miami area landlord in March that they would not be able to make the April rent payment, the lawsuit went forward saying that the lease guaranteed they would pay each installment in a timely manner. The suit also said the failure of payment triggered an immediate requirement for AMC to pay the balance of their lease and sought further damages to the tune of $7.5 million. No extraordinary circumstances would be considered, according to the court document.

AMC Theatres Sued by Florida Landlord for Not Paying Rent –

AMC was acquired by China’s Dalian Wanda Group In 2012.

Let it go bankrupt, Americans can buy it back cheap later.

"The Landlord recognizes the challenges posed by COVID-19, including on its own business,” the lawsuit said. “Under the express terms and provisions of the Lease and Guaranty, however, Defendant is obligated to pay Rent and that obligation is not excused."

AMC Theatres, whose majority stake is owned by the Chinese Dalian Wanda Group, announced an offering of $500 million in bonds just after global closures, hoping to raise enough capital to reopen most locations by November.

But the lawsuit and even the viral pandemic weren't the first sign of trouble for the world's largest movie theater chain. AMC Theatres is currently in debt to the tune of $4.9 billion, but was valued at just $327.3 million last week in the wake of the pandemic. Rumors about the chain, which has 630 locations in the United States alone, have included an imminent filing for Chapter 11 bankruptcy and insufficient cash on hand to reopen many locations this summer.

Dalian Wanda, the Chinese conglomerate that assumed controlling interest of the theater chain in 2012 with a $2.6 billion deal, rejected the rumors of AMC's pending crises, saying that anything being said about it was pure speculation. But financial documents, lawsuits, and lapsed rental agreements signal trouble for the world's largest exhibition circuit.

Concern about the Chinese Communist Party's influence on Hollywood productions and control over which movies are featured in their majority-owned theaters have been compounded by distrust of the CCP amid the COVID-19 pandemic. Many major theatrical releases over the past few years, including the reboot of 'Top Gun' with Tom Cruise and the Academy Award winning 'Bohemian Rhapsody,' were grossly altered for the Chinese markets.

Now that the world is infected with a disease largely caused by the CCP's attempt to cover up their own manufactured crisis, it seems unlikely that their foothold in American culture should be buoyed with a taxpayer funded bailout.

As home theaters improve and more titles become available for streaming and purchase, the age of the expensive night out at the movie is also in jeopardy. Many have suggested that independently operated smaller theaters and drive-in movies should return to the American Main Street.

J Moses Ceaser, general manager of the small New Parkway theater in Oakland, California said his business will "absolutely survive" the COVID-19 pandemic. He pointed to connection with the local community and their support, as well as controlled overhead.

"I am more hopeful about the long-term viability of the New Parkway now than I was two months ago," Ceasar said this week.