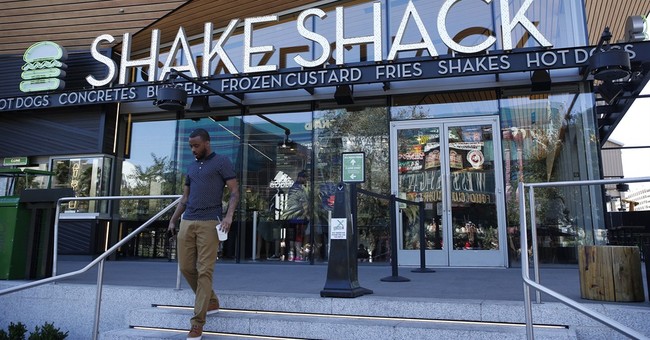 In an unprecedented financial move on Monday, gourmet burger chain Shake Shack vowed to return every penny of their $10 million emergency loan provided by the Small Business Administration via the CARES Act. Shake Shack, which currently operates 189 locations across the United States, said that because they had access to more capital funding than other, much smaller businesses, they would return the money.

A letter penned by Shake Shack Chairman Danny Meyer and CEO Randy Garutti explained that their decision to return the loan was based partly on the confusion over the loan application process. Though the Payroll Protection Plan was designed for small businesses, even corporate restaurants and chains with fewer than 500 employees per location qualified to apply for the loan. As the letter pointed out, "few, if any" restaurants in America would not qualify.

The “PPP” came with no user manual and it was extremely confusing. Both Shake Shack (a company with 189 restaurants in the U.S., employing nearly 8,000 team members) and Union Square Hospitality Group (with over 2,000 employees) arrived at a similar conclusion. The best chance of keeping our teams working, off the unemployment line and hiring back our furloughed and laid off employees, would be to apply now and hope things would be clarified in time.

Though Shake Shack is a publicly traded company with access to capital, money loaned through the PPP to Union Square Hospitality Group, a private company, would not be returned, according to Garutti and Meyer. They also explained that had they known that the loan money was in danger of drying up, they would have further considered the other businesses in need before applying to receive aid for Shake Shack. The $350 billion in stimulus meant to cover the amount requested by PPP applicants depleted within minutes, reportedly, leaving thousands of small businesses without financial aid.

Shake Shack was one of a number of larger restaurant corporations to be criticized for accepting millions in federal funding as smaller, independent restaurants and businesses got nothing. Ruth's Chris Steakhouse, which has 150 locations across the country, received $20 million from the PPP. Just over half of those locations qualify to receive any of that money, however, as more than 70 locations are franchised and therefore required to apply for their own PPP aid. Though most PPP loans were capped at $10 million Ruth's Chris, which is publicly traded, and privately owned Brazilian Steakhouse chain Fogo de Chao both received $20 million through specific, vague, provisions.

Like Shake Shack, publicly traded dining chains Potbelly's Sandwiches and Fiesta Restaurant Group received significant backlash for taking loans through the $2.2 trillion stimulus package that was defined as being for small businesses. The PPP loans, which are funded through the SBA by the companies' banking institutions, are completely forgivable through government funding as long as all funds are used for payroll, utilities, and rent. Restaurants receiving these loans must also not lay off employees on their payroll.

Meyer and Garutti implored the federal government to consider the health of small businesses immediately in all deals made through Congress to replenish the dried up PPP program.

We urge Congress to ensure that all restaurants no matter their size have equal ability to get back on their feet and hire back their teams. We are an industry of 660,000 restaurants with nearly 16 million employees. While it is heartening to see that an additional $310 billion in PPP funding is about to be approved, in order to work for restaurants, this time we need to do it better.

Congress is still stuck in negotiations over replenishing the PPP program that ran dry last week. Democrats led by House Speaker Nancy Pelosi and Sen. Minority Leader Chuck Schumer stalled the funding bill over a desire to add billions of dollars more for other programs. Leaders of both parties, however, have signaled that they are close to striking a deal that would inject $300 billion more into the PPP. Meyer and Garutti expressed the frustration felt by restaurants and businesses across the country unable to receive funding in this time of crisis.

"Shake Shack, like all restaurant businesses in America, is doing the best we can to navigate these challenging times. We don’t know what the future holds," the letter said. "Our people would benefit from a $10 million PPP loan but we’re fortunate to now have access to capital that others do not. Until every restaurant that needs it has had the same opportunity to receive assistance, we’re returning ours."