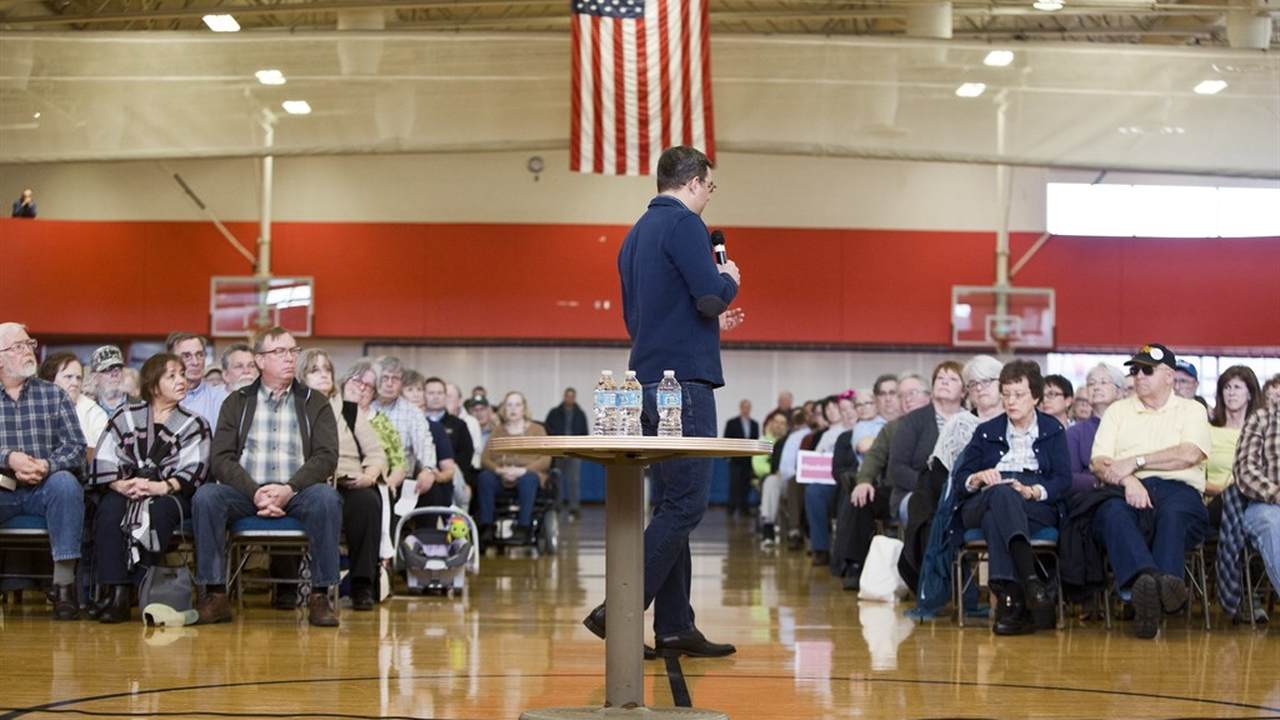 A congressman from Michigan has indicated he might enter the race for the White House as a third-party candidate to challenge Joe Biden and President Trump. Justin Amash, who left the Republican Party in 2019 after publicly saying President Trump should be impeached, said he was looking "closely" at the possibility of throwing his hat in the ring as an independent candidate.

"Americans who believe in limited government deserve another option," Amash posted with a much-discussed quote from the president.

Americans who believe in limited government deserve another option. https://t.co/c7P2vOTyOe

His comment was quickly noticed and one enthusiastic supporter got the clarification she was looking for.

Thanks. I’m looking at it closely this week.

Other replies to Amash's vague announcement were less enthusiastic, pointing out that an independent run could pull votes away from presumed Democratic nominee Joe Biden and guarantee a second term for Donald Trump.

My thoughts exactly. There is no path for him to win AT ALL and he would just create an environment conducive to a 2nd term for tRump.

Amash, in his fifth term as a member of the House of Representatives, has been outspoken about his disapproval of Trump since the beginning of his administration in 2017. His reported concern about corrupt partisan behavior ultimately led to his split from the GOP in July 2019. Before his party identity switch, however, Amash was the only House Republican to agree with Democrats that Robert Mueller's investigation into possible Russian collusion meant Trump should be removed from office.

"President Trump has engaged in impeachable conduct," Amash said at the time. As an independent, Amash also voted with Democrats on the Articles of Impeachment in December after allegations of quid pro quo with the Ukrainian president.

In an Op-Ed written for The Washington Post last year, Amash cited tribal partisanship and political rhetoric as motivations to leave the Republican Party.

Today, I am declaring my independence and leaving the Republican Party. No matter your circumstance, I’m asking you to join me in rejecting the partisan loyalties and rhetoric that divide and dehumanize us. I’m asking you to believe that we can do better than this two-party system — and to work toward it. If we continue to take America for granted, we will lose it.

Tweets from Amash on Monday were not the first hint he has given that he would possibly consider a run for the White House in 2020. A message from last week expressed disappointment in the ultimate party representatives seeking the office of president.

Trump versus Biden is not the contest America deserves or the one it needs right now.

'Where Is She?' MSNBC Host Rips Kamala Harris For Being a Miserable Failure on the Border
Townhall
CBS News reporter says White House aides shouted down US reporters' attempts to ask President Biden questions
Twitchy
Biden Is Not Going to Like What Americans Have to Say in New Poll on His Mental Stability
Redstate
As Biden's Presidency Crumbles, Democrats in Congress Lose Hope
PJ Media