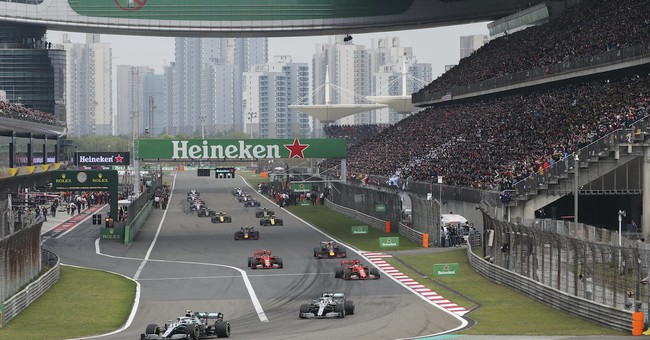 Fans who enjoy seeing their favorite teams and car races live will have to put much of their schedules on hold this year as scores of major sporting events are either canceling entirely or performing to empty stands.

As fear of the Wuhan virus grips citizens and politicians across the globe and people are working more and more from home, major sports events have followed suit by making sweeping choices about how to go forward while keeping people healthy.

As the much anticipated 2020 Formula One Championship series of Grand Prix races kicks off this weekend, fans were stunned when Bahrain announced that fans would not be allowed to watch the race at the famed desert course in week two. Bahrain has 83 confirmed cases of the Wuhan virus and decided to forgo the risk of adding more as tens of thousands of international travelers were expected for race weekend. "Convening a major sporting event, which is open to the public and allows thousands of international travelers and local fans to interact in close proximity would not be the right thing to do at the present time," a race organizer said.

This comes as a blow to the Gulf State, which depends on tourism money from the race weekend as an annual boost to the economy. Major concerts planned around the race were also canceled. Grand Prix officials from Melbourne, Australia, which hosts week one, said there was "not a chance" fans would be excluded from the kick-off race though some expressed concern over the large number of drivers, staff, and cars that recently arrived from Italy, which has more than 16 million people in quarantine. The Chinese Grand Prix has been postponed indefinitely.

The 2020 summer Olympics in Tokyo has also been in a state of flux with considerations to delay by several months or even one to two years. Olympic organizing official Haruyuki Takahashi indicated that the best-case scenario, considering the level of Wuhan virus cases in their country, would be to officially delay the games for which hundreds of thousands of people have planned to attend and athletes from almost 200 countries have been training for years.

In the US, as Major League Baseball prepares to begin its season, officials are considering what to do as fans buy tickets and intend to fill stadiums across the country on opening day. Even now, as Spring Training draws to a close in southern states, reporters have been told to stay out of the clubhouses and keep a "safe distance" from players as they conduct interviews. "I think guys are still trying to figure it out," Baltimore Orioles slugger Chris Davis said. "With the interaction with fans, the way we've been going about that once the game starts. Just take a ball out there and toss them a ball instead of going over there and mingling and shaking hands and doing all that stuff. It's unusual," he said. "It's definitely something that we're not accustomed to."

The Ivy League has canceled both the men's and women's basketball tournaments, making them the first Division One collegiate league to take this measure. Concerns about fan and player health for the famed Division One March Madness tournament have been swirling, but only the Ivy League has made an official ruling to not participate. However, Ohio Gov. Mike DeWine said he would be banning all attendees from games in the state except player family and essential staff. Other schools have stated their decision to allow spectators was pending as they wait to see how the Wuhan virus develops and spreads within the United States.