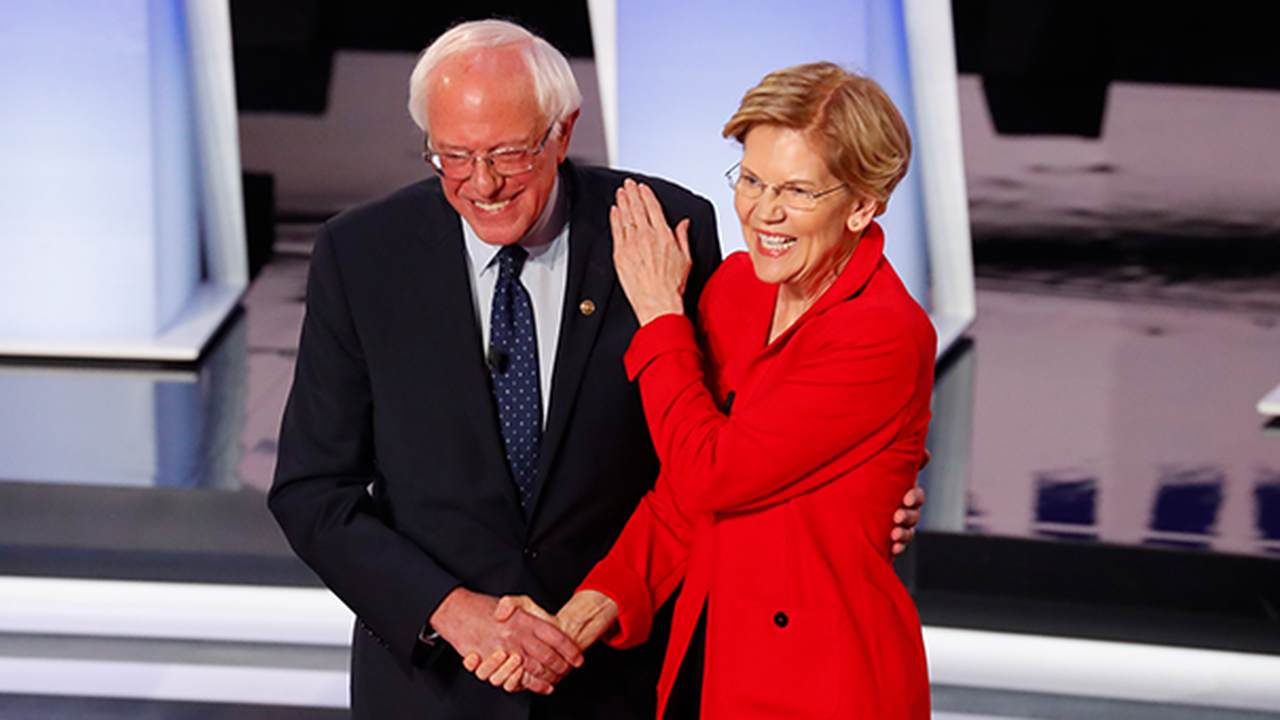 Heading into the 10th Democratic debate tonight in South Carolina, all leading candidates have promised to implement more government control over health care in America with Sens. Elizabeth Warren and Bernie Sanders leading the way with vows to completely eliminate private health insurance.

Both candidates have made converting the United States into a country with health care controlled 100% by the government a signature policy stance, promising medical treatment at little or no cost to Americans. Both have dangled the carrot of a complete solution to medical care headaches while extending "free insurance" to all while promising to end "corporate greed" by cutting private health coverage. Sanders has stridently insisted that health care is, in fact, a "basic human right" as a basis for stripping people of their access to private health insurance.

Warren and Sanders have both touted their plans to put Americans' lives in the hands of the federal government as a way to reduce costs and expand access, but neither has detailed how drastically it would change the relationship between people and the government for the worse. Sanders says that the US would be "joining the rest of the world" by adopting a government-run health care system but has also failed to detail how that care would be vastly different than what people in this country are used to.

But while Sanders is riding high with three early victories in the battle for the Democratic nomination, America is not convinced that eliminating private insurance is the best path forward. Yes, Sanders and his socialist values have been buoyed by young voices eager to shed their student loan debt and see free doctors, but most of America has consistently said that it is not ready to completely dump private insurance in favor of socialized medical care.

While many believe that there should a government-provided health care option, only one in 10 actually believes that completely cutting private insurance is the best course forward. In fact, while many have said they would prefer some government options to assist with cost and availability, the majority of Americans still prefer a system based on private insurance.

This is a country based on the freedom of choice in how to live your life. Yes, Sanders and Warren seem to be promising the moon with their forgiveness of crushing student loan debt and free health care for every single American (and illegal immigrant), but taking away choices in health care is just not right for the US and most of the country sees that.

The type of socialism Sanders and Warren are plainly suggesting is total government ownership of citizens' lives. No matter how many times Sanders says socialized, single-payer medicine is a "human right," adopting "Medicare for All" and dumping choice in private insurance is a gigantic step toward making the United States a socialist nation under the thumb of a powerful government.

While Americans are looking for relief from bills and to improve their health, sacrificing free choice on the altar of big government is not a solution for the freest people in the world. The models of European health care that Sanders readily cites as perfect examples for the US to follow are plagued with issues. The National Health Service in the United Kingdom reports doctor shortages, long wait times for care, and overcrowded medical centers and hospitals on a regular basis. Life and death decisions can also be placed in the hands of the government, which can make drastic decisions based on cost of care and viability.

Perhaps romanced by the buzzwords "free" and "human right" that has been adopted by 2020 campaigns, Sanders and Warren supporters assume the firm opposition to private insurance options are negotiable. But Americans have spoken, and choice in health care is not up for debate.