Report: Hundreds of Thousands of Veterans in VA’s Backlog Are No Longer Living 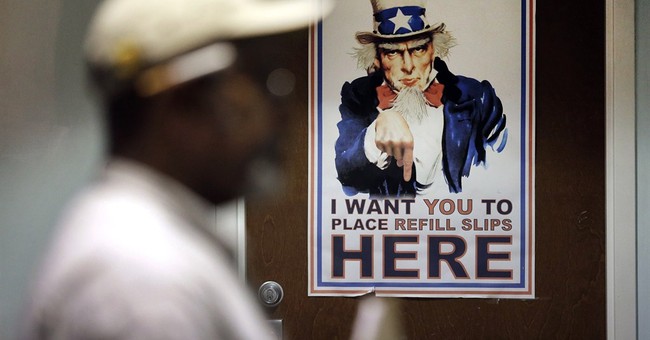 More than 238,000 of the 847,000 veterans in the pending backlog for health care through the Department of Veterans Affairs have already died, according to an internal VA document provided to The Huffington Post.

The agency is trying to spin this absurd and unwelcome bombshell in two ways. First, as the Post notes, by saying that the records are old and obsolete, thereby implying that things at the agency aren't nearly as bad as they seem. And second, by claiming that the vast majority of those who did die chose to pursue "other" health care "options" outside the agency, meaning that many of the deceased veterans on the list were never really in their care.

Unsurprisingly, however, Mr. Davis finds their excuses lacking and unconvincing (via HuffPo):

"VA wants you to believe, by virtue of people being able to get health care elsewhere, it's not a big deal. But VA is turning away tens of thousands of veterans eligible for health care," he said. "VA is making it cumbersome, and then saying, 'See? They didn't want it anyway.'"

In other words, the VA isn't completely blameless. Veterans are choosing other health care options, at least in part, because they have no other recourse. And while some of the statistics are surely inflated due to the agency’s outdated and disorganized backlog system — a spectacular failure in its own right — there are still underlying and systemic problems at the agency. See here, here, here, and here to learn more about some of the more infamous ones.