Carly Fiorina's Newish Anti-Hillary Ad: "Flying is Not An Accomplishment; It Is An Activity" 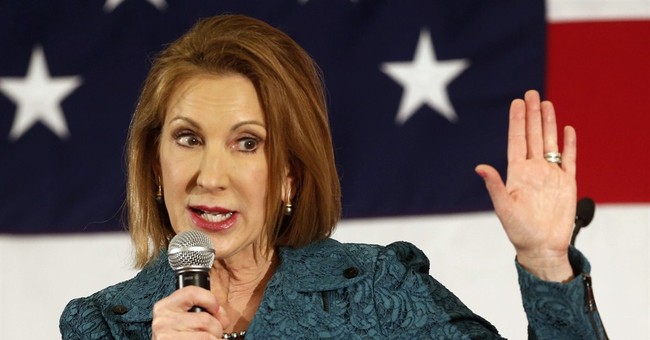 I've said it one and I'll say it again: Is there a Republican presidential hopeful who has more devastatingly and unsparingly attacked Hillary Clinton in recent months than Carly Fiorina? I don’t think so. In a sense, it has become her shtick. Instead of attacking fellow Republicans (as others have done) who are leading her in the polls, she has set her sights on none other than the Democrats' next presidential nominee.

Her latest campaign spot, which is roughly three minutes long, is worth watching to the end, in part because it showcases her eloquence as a Clinton critic and her courage in going after her in the first place (via TRS):

Amazing how when given the opportunity to defend Hillary Clintons and list her accomplishments at the State Department, Democrats — and friendly media pundits — are left utterly dumbfounded and speechless. They simply don’t know what to say.

Kudos, therefore, to Carly Fiorina and her team for once again making this an issue in the campaign.