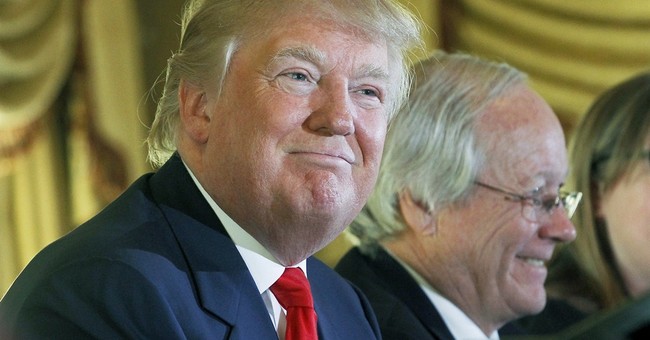 Donald Trump has been ostentatiously toying with the idea of running for president for decades. And on Tuesday, he finally put his money where his mouth is — all $9 billion of it, that is — and formally entered the race.

“Ladies and gentlemen,” he said from the Trump Tower in New York City. “I am officially running for president of the United States and we are going to make our country great again.”

“I will be the greatest jobs president that God ever created,” he added.

Of course, it’s fair to say that the Donald has a long history of unpresidential, conspiratorial comments that have disqualified him in the eyes of many voters. He’s also not terribly well liked. And yet, he isn’t polling all that badly in certain regions of the country. In New Hampshire, for instance, he finished fourth in a recent poll — and will travel there tomorrow to woo voters and build support for his campaign.