Cruz: "The Next 20 Months Are Going to Be Very Dangerous" 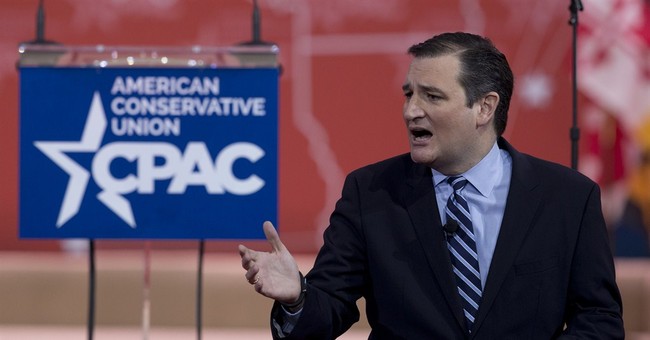 Prior to his speech at CPAC Thursday afternoon, Sen. Ted Cruz (R-TX) didn’t mince words. He bluntly told reporters how nervous he is about the president’s final 20 months in office.

He expressed hope, however, that Congressional Republicans will fulfill their constitutional duties and, as he put it, “rein in that abuse of power and provide meaningful oversight.” But unfortunately, he said, there are other concerns to be worried about as well.

“And I’ll tell you as dangerous as it’s going to be at home, it’s going to be even more dangerous aboard,” he emphasized. “Every bad actor on the face of the globe, from Putin to Khomeini in Iran to ISIS, has every incentive possible to do as much damage as they can in [the next] 20 months."

Because, he argued, "the tyrants of the world believe there is no credible threat or deterrent from this president.”