Holiday Poll: 75 Percent of Respondents Still See Themselves as Christ-Followers 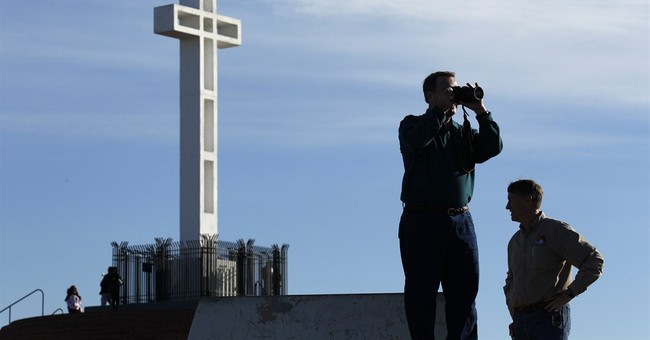 Despite hints and whispers to the contrary, the Christian sect is seemingly alive and well in the United States of America. Check out this recent Gallup poll: What's more, according to the poll, while most respondents would probably admit they don't have active spiritual lives, a plurality still do: Meanwhile, a Rasmussen Reports poll discovered last spring that an astonishing percentage of Americans actually believe in the resurrection of Jesus Christ. Equally as fascinating, perhaps, almost three-fourths of respondents also told the Pew Research Center in 2013 that Jesus' mother, Mary, was a virgin. This means, among other things, that despite the slight uptick in secularism from last year (see the first graph shown above), Christianity in America doesn't appear to be going anywhere, anytime soon.
What Caused AG Barr to Ask His FBI Detail to Make ‘A Quick U-Turn’ While Driving Through Virginia
Matt Vespa
WATCH: Biden Doubles Down on His Racist Comments About All Blacks Being the Same
Bronson Stocking
The Face Mask Tiger Woods Wore to the PGA Championship Will Definitely Trigger Liberals
Bronson Stocking