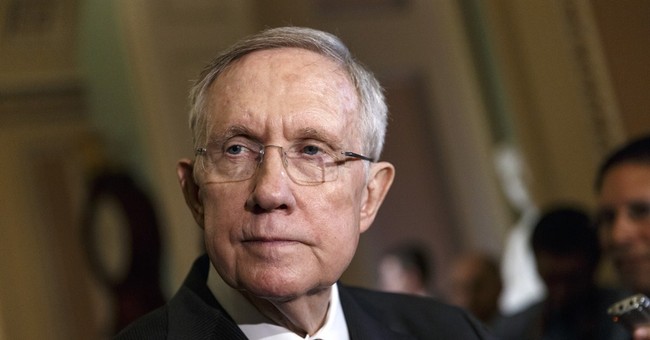 Raising the minimum wage has been a White House pet project for months. And yet today Senate Democrats came exactly six votes shy of moving forward with a bill that would raise the hourly federal minimum wage from $7.25 to $10.10 over a 30 month period. The official tally was 54-42 (they needed 60 votes to get past cloture) and as expected, most lawmakers voted the party line; only Sen. Bob Corker (R-Tenn.) joined Democrats to advance the measure:

Senate Republicans on Wednesday filibustered an increase in the minimum wage, halting yet another key item on President Obama’s 2014 agenda and giving both sides talking points heading into the November elections.

Democrats fell five votes shy of the 60-vote threshold needed to take action, with just a single Republican — Sen. Bob Corker of Tennessee — voting to move ahead with the bill.

Raising the minimum wage is wildly popular with the public. Hence why Senate Democrats aren’t squandering a golden opportunity to verbally pummel their Republican colleagues. Indeed, the Senate Majority Leader has already -- and yet again -- invoked the Koch brothers as the primary reason for why every Senate Republican but one refused to endorse the legislation: that is, two billionaire brothers had bought their votes.

It’s also worth noting that the vast majority of workers earning the minimum wage are part-time students from middle class families -- i.e., not poor Americans -- as the Heritage Foundation reported in 2013:

Data from the Bureau of Labor Statistics and the Census Bureau show that most minimum-wage earners are young, part-time workers and that relatively few of them live below the poverty line. Their average family income is over $53,000 a year. A hike in the minimum wage primarily raises pay for suburban teenagers, not the working poor. If Congress and the President seriously want to help the working poor, they should look elsewhere.

But Democrats, of course, will not be deterred. They know they can score political points by upbraiding Republicans for voting against their job-crushing, albeit popular, Senate bill. This coming minimum wage hike fight, in other words, was always a win-win for them politically, no matter the outcome.

Now watch them go to work.