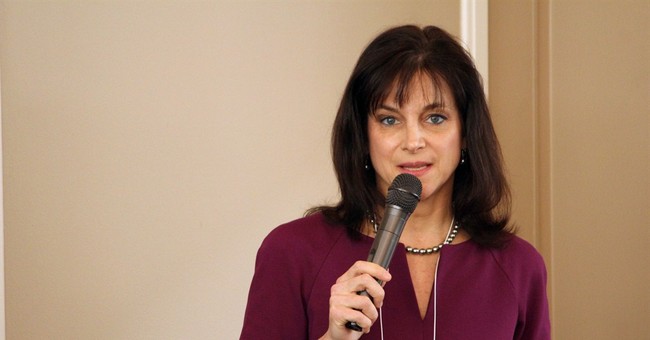 Guy analyzed this campaign spot earlier today, but I wanted to add some additional commentary as a follow-up.

As my other colleague Cortney recently noted, Oregon Republican U.S. Senate candidate Dr. Monica Wehby is not pro-life. She is of the, shall we say, Joe Biden mold in that she is “personally” pro-life but supports abortion rights in practice. The GOP establishment, however, as Cortney lamented, has endorsed her candidacy over the pro-life candidate in the belief that she is -- and will prove to be -- more electable. We’ll see. (Personally, I don’t summarily object when the party endorses “moderate” candidates from blue states. Republicans after all are playing to win. But conservatives -- understandably -- have the right to criticize and take issue with any of their strategic endorsements).

Nevertheless, Dr. Wehby’s new campaign spot is tastefully done and hits all the right notes. She doesn’t explicitly assert she’s “pro-life” in the traditional sense, of course, but the ad titled “Trust” does explain how she guided and brought hope to a young mother in need. As it happens, Lexi Liebelt was suddenly informed by her physician -- after an ultrasound -- that she should at least consider aborting her child, who suffered from severe spinal damage. Upon hearing the news, then, it comes as no surprise that Mrs. Liebelt was devastated and disconsolate. However, as a pediatric neurosurgeon, Dr. Wehby went on to perform the necessary surgery that quite literally saved the child’s life. Today, we’re told, Liebelt's daughter Gabby is a healthy 12-year-old:

For obvious reasons this spot will appeal to Oregon’s pro-life crowd. What’s more inspiring than a Senate hopeful using her skills and experience as a surgeon to save a child’s life from the violence and barbarism of abortion? If she wins the primary, then, perhaps pro-lifers can summon the strength to vote for her over the Democrat.

But the ad, I think, will also appeal to those fed up with Washington -- and the lawmakers who make their living there. Trust in government is rapidly declining, so any spot that can meaningfully show a candidate is worthy of the public’s trust has the capacity to move the needle.