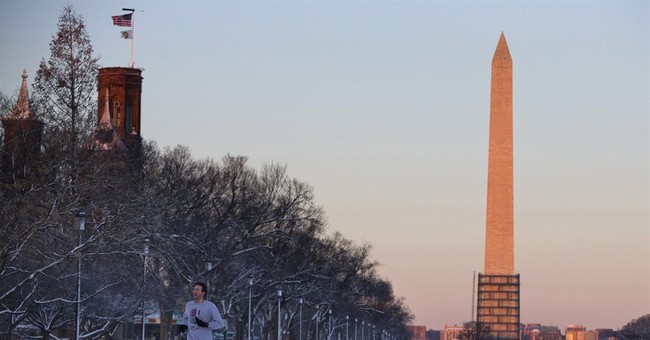 Gallup’s latest economic findings are seemingly straight out of the dystopian novel “The Hunger Games.” That is to say, every state in the nation boasted a negative economic index score; only the District of Columbia -- the capital city -- is seemingly prospering. Surprise:

The pollsters posit some interesting takeaways for us to consider: (1) the disparity between the most economically confident state (Massachusetts) and the least economically confident state (West Virginia) is 43 percentage points. (This excludes the District of Columbia, of course, which is not a state).That’s an enormous gap, and one that doesn’t appear to be shrinking, either. 2) Not coincidentally, states that are the least optimistic about their economic future are less inclined to support President Obama. Quote: “Political sentiments play a role in confidence, as eight of the bottom 10 economic confidence states are also among the 10 lowest-ranking presidential approval states for Obama.” Which brings us to this point: (3) since every state must hold congressional midterm elections this fall (36 of which will also host U.S. Senate contests), Republicans are positioned to do very well. For example, Sens. Mary Landrieu (D-LA), Mark Begich (D-AK), Mark Pryor (D-AR) and Joe Manchin (D-WV) all hail from the 10 least economically confident states. This suggests that not only will these vulnerable red state Democrats have to contend with -- and defend -- Obamacare; but they will have to make the case for why the president’s economic policies are making their constituents’ lives better. And that's not going to be easy.

Editor's note: The author accidentally embedded the wrong graph. The post has since been updated.