Cruz: Here’s an Idea, Why Doesn't Obama Apologize During His SOTU Address? 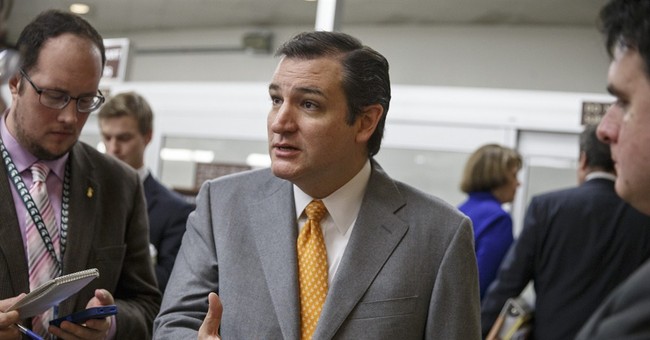 Apologize for what? Answer: For the fact that millions of Americans were promised they could keep their health insurance plans, when in truth that wasn’t necessarily the case (via The Corner):

“One of the things President Obama really ought to do is look in the TV camera and say to the over 5 million Americans all across this country who’ve had their health insurance canceled because of Obamacare -- to look into the camera and say ‘I’m sorry.’

The chances of that happening are slim. But it’s a point well taken. Millions of Americans lost (or are losing) their doctors and the insurance providers they liked and relied upon. Now, however, even a retiring Congressional Democrat (would he be so candid, I wonder, if he was running for re-election?) has admitted publicly that the law is unraveling before our very eyes because not enough young people are signing up. Thus, Ted Cruz calling the president’s health care law a “disaster” in the video above is not hyperbole. Democrats seem to agree with him, even if most won’t say so publicly.

The president will emphasize income inequality in his annual address, but this is not an issue most Americans cite as one of the nation’s most pressing problems. They are concerned, above all, about how abusive and bloated the federal government has become and the economy in general. Rising health care costs, too, is also mentioned as a top concern, a problem made worse by Obamacare. The president knows full well that most Americans are not happy with his federal overhaul or the deception Democrats used to pass it. Obamacare, in fact, is so politically toxic as a political issue that one wonders if he’ll even mention it. But if he does, I suspect it won’t be in the form of an apology.