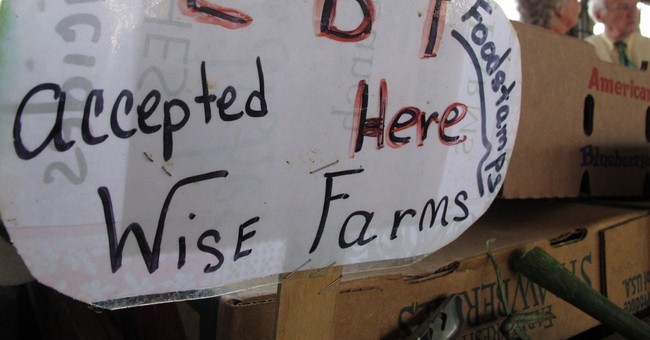 That was the official figure from 2013. And it was a record high (via CNS News):

A record 20% of American households, one in five, were on food stamps in 2013, according to data from the U.S. Department of Agriculture (USDA).

The numbers also show there was a record number of individuals on food stamps in 2013 and that the cost of the program, the Supplemental Nutrition Assistance Program (SNAP), was at an all-time high.

That’s a huge increase. But more alarmingly look at the upward trajectory since 2008:

The graph above shows that 11 percent of U.S. households were on food stamps from 2006 to 2008. Less than six years later, however, that number almost doubled. Oddly enough, this spike happened around the time George W. Bush left office.

Of course, one major factor for the huge increase in food stamp participation in 2008 was because of the global financial crisis. Many Americans lost their jobs and savings unexpectedly, and therefore applying for and procuring food stamps was a way to survive. But it seems to me that the SNAP program is becoming less and less a safety net program designed for the poor, and more and more a middle class entitlement. After all, one wonders how much longer we can sustain paying for it:

Since 2007 the cost of the program has doubled. And it's not getting any cheaper.