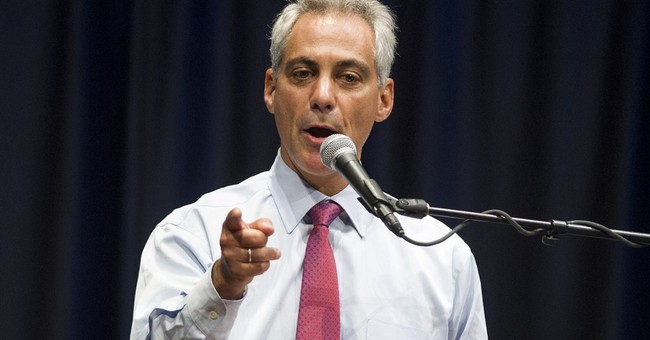 The city of Chicago is known to have some of the toughest gun controls laws in the country. However, on Monday, a federal judge ruled that precluding licensed retail gun stores from selling their merchandise is unconstitutional:

A federal judge ruled Monday that Chicago's ban on virtually all sales and transfers of firearms is unconstitutional.

"The stark reality facing the City each year is thousands of shooting victims and hundreds of murders committed with a gun. But on the other side of this case is another feature of government: certain fundamental rights are protected by the Constitution, put outside government's reach, including the right to keep and bear arms for self-defense under the Second Amendment," wrote U.S. District Judge Edmond Chang.

"Chicago's ordinance goes too far in outright banning legal buyers and legal dealers from engaging in lawful acquisitions and lawful sales of firearms," he continued.

Chang explicitly did not rule out other types of regulation, short of a complete ban, in order to "minimize the access of criminals to firearms and to track the ownership of firearms.

"But the flat ban on legitimate sales and transfers does not fit closely with those goals," Chang wrote.

While this is certainly good news for Second Amendment supporters, the ruling will not take effect right away:

But gun shops won't likely be showing up in Chicago any time soon, since Chang delayed his ruling from taking effect to allow the city time to appeal.

Roderick Drew, a spokesman for the city's Law Department, said in a written statement Monday that Mayor Rahm Emanuel “strongly disagrees” with the judge's decision and has instructed city attorneys “to consider all options to better regulate the sale of firearms within the city's borders.”

In short, the judge rejected arguments that the city’s ordinances banning legal gun transactions in Chicago would further reduce crime. In his view, he wrote, “evidence does not support” that idea since most criminals obtain their guns illegally. Furthermore, he concluded (see above) law abiding citizens have a “right to keep and bear arms for self-defense under the Second Amendment” and that any law that infringes upon that right was patently unconstitutional. Even in a city like Chicago.

It’ll be interesting to see what Mayor Rahm Emanuel does next.