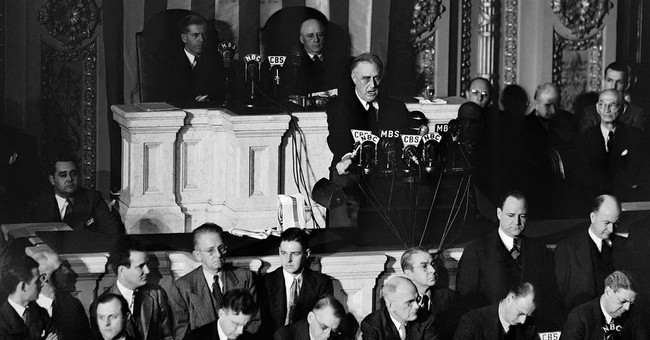 Today we commemorate the 72nd anniversary of the attack on Pearl Harbor. “A date,” President Franklin Delano Roosevelt told an aggrieved and bereaved nation, “which will live in infamy.” He was right. More than 2,000 American service members perished that Sunday morning, dragging a war-weary nation into a conflict that would change the course of world history. But FDR was right about something else, too: the United States did go on to “win through to absolute victory,” as he famously predicted. Fascism was discredited, the death camps were liberated, and most importantly, the Axis was defeated. Nazi tyranny perished under the banner of the Red, White and Blue. And it all began at Pearl Harbor.

Incredibly, six of the eight battleships put out of commission that December morning were eventually returned to active duty. This was American resolve on full display. Today, we give thanks to those who served and sacrificed, and pray for their fallen comrades -- especially those killed at Pearl Harbor. Remember, they were some of the first American casualties of the Second Great War.

May we never forget them.