Zero: The Number of Times Obama Met With Sebelius One-On-One Between July 2010 and November 2013 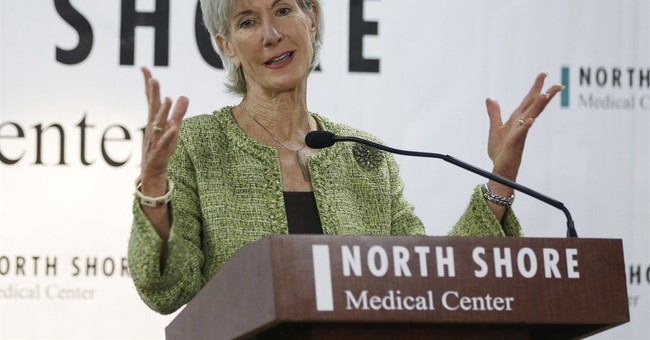 While at the same time he met with other cabinet secretaries in private no less than 277 times during that same period. Mind-boggling.

“Nothing frustrates me more than when people aren’t doing their jobs,” Obama has said. So, with so much riding on the line, one would assume he held weekly, if not daily, one-on-one meetings with his Health and Human Services (HHS) Secretary Kathleen Sebelius to isolate problems, challenge assumptions, apply executive pressure where needed and successfully manage a project of scale.

That did not happen, at least not according to Obama’s own official White House calendar.

The launching of Healthcare.gov might have been the most important (domestic) event of President Obama’s presidency. The successful implementation of Obamacare would have dispelled fears, across the spectrum, that the government was incapable of overseeing such a massive federal overhaul; that is, implementing a law that would transform one-sixth of the U.S. economy. In other words, there was a lot riding on the website being ready and functional on October 1. And yet, President Obama’s own calendar tells us that he didn’t even hold a single one-on-one meeting with his Secretary of Health and Human Services (!) for three years leading up to that all-important date. I’m speechless.

Why? Why wasn’t he meeting with his HHS secretary every single day making sure the federal exchanges were ready to go? It’s the president’s job to know what’s going on in his own administration. Who can he blame (other than himself) for the failed rollout?

Whatever the cause, the launch of HealthCare.gov will go down in the annals of executive management as a case study of failure. Obama must answer for his absence of leadership.