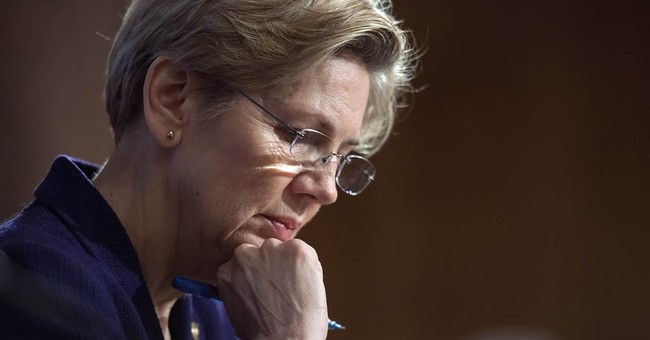 There’s been a great deal of speculation in the media lately that Elizabeth Warren is running for president in 2016. Her tough-on-Wall-Street, populist appeal, some suggest, makes her the perfect progressive candidate. The problem?

Buzzfeed has the scoop:

Elizabeth Warren’s former national finance chair, Paul Egerman, has told several inquiring donors this month that, despite runaway speculation and a burning desire from the party’s left wing, the freshman senator will not run for president in 2016.

Egerman, close to both Warren and to the heavy-hitting liberal base of funders who helped her raise $42 million last year, has been approached by donors in the last two weeks and told them that, no, Warren is not planning to run, according to two major players in Democratic financial circles who spoke with Egerman directly.

One Democratic fundraiser said he spoke with Egerman roughly two weeks ago, after articles by Peter Beinart in the Daily Beast and Noam Scheiber in the New Republic heightened fervor amongst the progressive wing of the party over whether Warren would ever challenge Hillary Clinton, already the presumed frontrunner, from the left.

This is all speculative. Elizabeth Warren, ultimately, will have the final say on whether or not she runs for president in 2016. And incidentally, it’s still early. We’re three years out, people. But it seems this inside source does have some credibility:

The sources described Egerman, a retired software entrepreneur who calls himself an “enthusiastic supporter of Senator Elizabeth Warren” in his biography on Twitter, as the gatekeeper between the senator and the world of her financial backers.

“He’s the guy to ask,” said the fundraiser, citing Egerman’s longtime ties to the Democratic fundraising world. “The geese talk to the geese. The bears talk to the bears. And the hippos talk to the hippos.”

But if big-time, big-name progressive fundraisers are already being told it ain’t “gonna happen,” Hillaryland, for the time being, must be breathing a little easier.