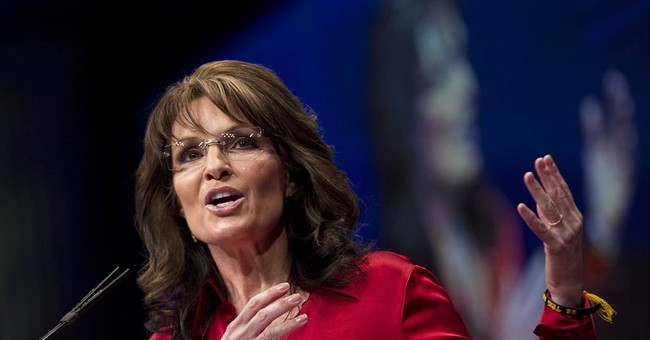 Republican office-seeker Steve Lonegan (R-NJ) is hardly a shoe-in to win a seat in the United States Senate on October 16 (far from it, in fact) but he has nonetheless recently cut Democrat Cory Booker’s double-digit lead in half. And while his team shouldn’t pop the champagne bottles just yet, Mr. Lonegan has picked up another major endorsement. From whom, you ask? None other than conservative rock star Sarah Palin:

Sarah Palin is the latest high-profile conservative to boost the campaign of New Jersey Senate hopeful Steve Lonegan in his race against Newark Mayor Cory Booker.

The Lonegan campaign released an endorsement of the Bogota, N.J., mayor from Palin on Wednesday night, in which she slams his rival and touts Lonegan’s experience.

“Steve Lonegan will fight to preserve our liberty against government regulations like Obamacare that seek to limit our prosperity. Let’s come together, turn out, work hard, and elect conservative Steve Lonegan to the U.S. Senate on October 16!” Palin said.

Governor Palin, meanwhile, also criticized Cory Booker for his unexceptional record and for traveling to Tinseltown on numerous occasions:

Calling it a choice between two mayors, Palin attacked Booker for high crime rates, taxes and unemployment in his city.

“In fairness, Newark Mayor Cory Booker may not have noticed these facts between his constant tweeting and trips to Hollywood,” Palin said.

Lonegan in a statement praised Palin as a “principled leader” and thanked her for the endorsement.

“Gov. Palin has been more than a voice for traditional American values, she has been a leader in helping conservatives stand up for their ideas and win elections. Her endorsement is further proof that the Republican Party will always come together to stand for principled conservatives,” Lonegan said.

How will Palin’s endorsement play out in deep blue New Jersey? Tough to say right now. But we’ll know soon enough, won’t we? Election Day is less than two weeks away.

UPDATE: Lonegan has cut Booker's lead in half again. Is this thing getting close?