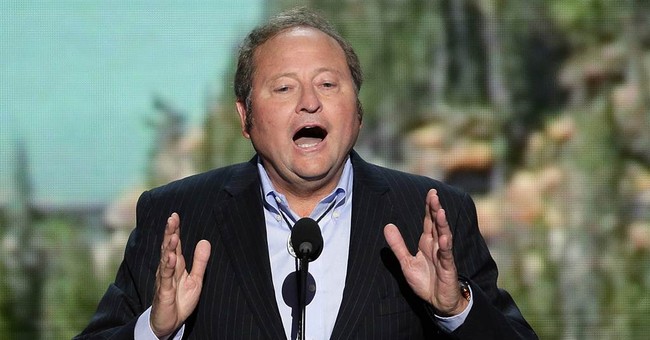 Senate Democrats reportedly have another reason to be worried about maintaining their majority in the upper chamber next year, according to National Journal’s Reid Wilson:

Schweitzer, whom polls show is the most popular politician in Montana, had been mulling the race since the day Baucus announced he wouldn't run again. National Democrats hyped his chances and insisted he would enter the race, even after Schweitzer took a job as chairman of a Montana mining company earlier this year.

Schweitzer told the Associated Press he would rather stay in Montana than make a six-year commitment to D.C. While considering a bid, Schweitzer made clear his disdain for Washington to every media outlet who would listen.

And yet, as the Journal notes, the former governor recently hired staffers and signed some paperwork in preparation for a Senate bid. Now, however, he’s apparently done a complete about-face. Why?

But Democratic sources said the amount of opposition research on the former governor painted a grim picture. A report in the Great Falls Tribune tomorrow will outline Schweitzer's ties with a dark money organization, which may have been deeper than Schweitzer had let on.

And Montana elected officials won't shed many tears over Schweitzer's decision. He and Baucus have had a strained relationship for years; Schweitzer allowed speculation that he might challenge Baucus in a primary to swirl, though he never truly considered running against the state's senior senator. And though Schweitzer worked closely with Sen. Jon Tester when Tester was in the Montana legislature, Tester felt Schweitzer had a penchant for taking credit for accomplishments that should have been shared. Tester made several eyebrow-raising comments in a Politico report earlier this week highlighting Democrats' complicated feelings about the former governor.

This news is a huge boon for Senate Republicans, of course, and brings them a step closer to picking up another seat during next year’s mid-term elections. Meanwhile, GOP leaders are firmly in campaign mode, throwing their weight behind a freshman congressman they believe is ready for prime time. Not insignificantly, the Senator Majority Leader himself seems to be completely on board:

GOP Rep. Steve Daines, a freshman, is considering whether to run for the seat, and Republicans are hopeful he'll make the leap. Senate Republican leader Mitch McConnell and Sen. John Thune both contributed to Daines last quarter, and Sen. Rob Portman, the National Republican Senate Committee's chief fundraiser, is hosting an event for Daines later this month.

As explained in the piece, the GOP must flip six Senate seats without losing any to gain majority control in 2014. Add Senator Baucus’ into the mix, and the GOP’s prospects already look more promising.