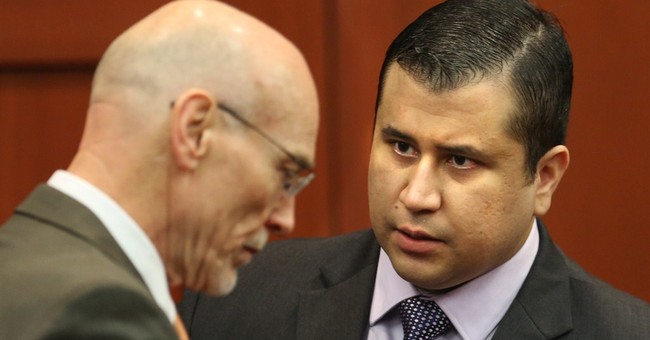 UPDATE: Zimmerman's defense lawyer announced he will continue taking legal action against NBC News for unfairly smearing his client before the trial.

UPDATE: Zimmerman reportedly said he wants to go to law school to "help other people like me."

The Justice Department says it is looking into the shooting death of Trayvon Martin to determine whether federal prosecutors should file criminal civil rights charges now that George Zimmerman has been acquitted in the state case.

The department opened an investigation into Martin's death last year but stepped aside to allow the state prosecution to proceed.

In a statement Sunday, the Justice Department said the criminal section of the civil rights division, the FBI and the U.S. Attorney's office for the Middle District of Florida are continuing to evaluate the evidence generated during the federal probe, in addition to the evidence and testimony from the state trial.

The statement said that, in the government's words, "experienced federal prosecutors will determine whether the evidence reveals a prosecutable violation."

UPDATE: Are you surprised?:

#Breaking: The Department of Justice says it will review the Travyon Martin-George Zimmerman case

The death of Trayvon Martin was a tragedy. Not just for his family, or for any one community, but for America. I know this case has elicited strong passions. And in the wake of the verdict, I know those passions may be running even higher. But we are a nation of laws, and a jury has spoken. I now ask every American to respect the call for calm reflection from two parents who lost their young son. And as we do, we should ask ourselves if we’re doing all we can to widen the circle of compassion and understanding in our own communities. We should ask ourselves if we’re doing all we can to stem the tide of gun violence that claims too many lives across this country on a daily basis. We should ask ourselves, as individuals and as a society, how we can prevent future tragedies like this. As citizens, that’s a job for all of us. That’s the way to honor Trayvon Martin.

UPDATE: Harry Reid on Meet the Press: This "isn't over":

UPDATE: Signing off for the night now but I'll leave you with this and this. Both pieces help explain why Allahpundit is of course right:

There is a villain in this case. It's the media.

UPDATE: Martin Family Attorney: "For Trayvon to rest in peace we must all be peaceful" (via The Blaze):

UPDATE: Here's the video of Zimmerman's defense team speaking to the media (via Mediaite):

UPDATE: Celebrities are taking to Twitter to voice their opinions about the verdict. Buzzfeed has compiled a list here.

UPDATE: The NAACP released a statement. Here's an excerpt:

“Today, justice failed Trayvon Martin and his family,” said Roslyn M. Brock, Chairman of the NAACP. “We call immediately for the Justice Department to conduct an investigation into the civil rights violations committed against Trayvon Martin. This case has re-energized the movement to end racial profiling in the United States.”

Defense Attorney O'Mara: If George Zimmerman was black, "he never would've been charged with a crime." (@JeffWeinerOS)

UPDATE: Al Sharpton calls the verdict "an atrocity" and a "slap in the face."

Seeing people tweet Trayvon Martin got what he deserved is as shameful as those threatening to kill Zimmerman.

UPDATE: Here's the clip of George Zimmerman's reaction as the verdict was read:

The slow news week is officially over. Wow.

Jurors have found George Zimmerman not guilty of second-degree murder in the fatal shooting of 17-year-old Trayvon Martin.

The six-member, all-woman jury deliberated for more than 15 hours over two days before reaching their decision Saturday night.

They had been given the chance to convict Zimmerman of manslaughter but did not do so, despite asking for a clarification of the charge earlier in the evening.

After hearing the verdict, Judge Debra Nelson told Zimmerman he was free to go.

Jurors heard two different portraits of Zimmerman and had to decide whether he was a wannabe cop who took the law into his own hands or a well-meaning neighborhood watch volunteer who shot the unarmed teenager in self-defense because he feared for his life.

Several days ago the Orlando Police Department was already preparing for potential race riots in the event that Zimmerman was acquitted. Now that he’s a free man, tensions are high and one hopes the situation doesn't spiral out of control. Stay tuned for updates.