Finally: Frederick Douglass' Statue to be Unveiled on Capitol Hill 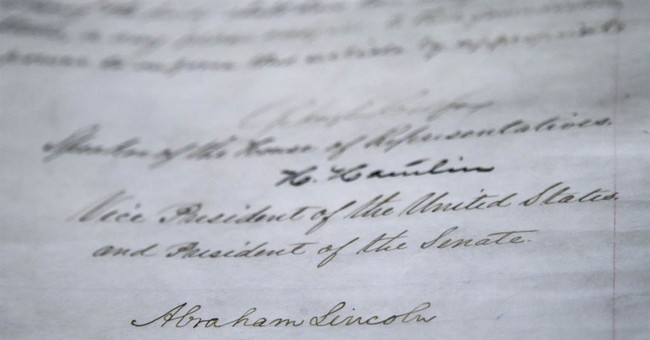 Here’s a rare piece of good news emanating from the halls of Congress: the great abolitionist, Frederick Douglass, will be honored with his very own statue in the U.S. Capitol next week.

I remember the first time I stepped inside the U.S. Capitol building. Not only was I beguiled by its inescapable charm and beauty – a place that all Americans should visit at least once – but the statesmen who line its halls reminded me of America’s inherent greatness. It is fitting, then, that a statue of Frederick Douglass will finally be placed inside this American pantheon of heroes. After all, even a cursory glance at his writings and speeches – on slavery, emancipation, freedom, and opportunity – cannot help but inspire awe at the sheer genius of the man. And to learn he was born in the most deplorable and depressing of circumstances only adds to his greatness.

What has always fascinated me about Frederick Douglass is that he was one of the first and most vocal supporters of arming black soldiers during the Civil War. Adamantly opposed to colonization – namely, the platform to ship blacks back to Africa or other “settlements” outside the United States – Douglass argued that slaves in America and free blacks deserved to stay. It was, after all, their birthright. What’s more, he argued, only by bearing arms and joining the war effort could blacks hope to change public opinion and improve race relations in post-bellum America. This strategy subsequently paid off: Abraham Lincoln, during his final public address, suggested that some black union soldiers should be granted voting rights – a pronouncement that perhaps got him killed and which was inconceivable when he first got elected. Of course, he had (along with his fellow citizens) seen firsthand their bravery and heroism on the battlefield – and this changed everything. It is possible then to plausibly argue that Frederick Douglass not only provided the intellectual foundation for emancipation through his writings and speeches, but ultimately helped bring the war to a speedier conclusion with his lobbying efforts.

Speaker John Boehner said during his remarks that Frederick Douglass was “one of the greatest Americans and voices for freedom” in our nation’s history. I agree. And hopefully now, when visitors tour the Capitol Building and see his statue, they’ll be reminded of what he accomplished – and if they don’t know – they will ask.