Obama to Stump For Markey in Massachusetts 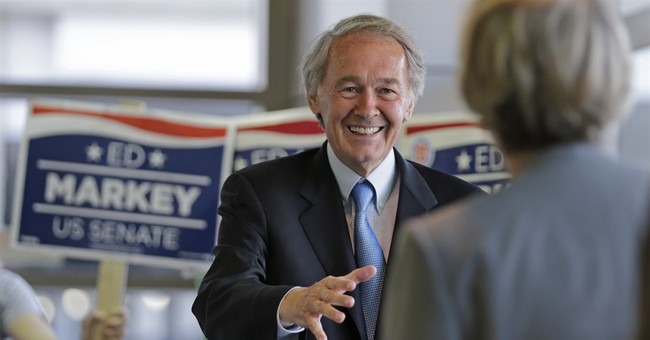 If the president hopes to pass comprehensive immigration reform this year -- or any other legislative initiative, for that matter -- he’s going to need all the help he can get. Thus perhaps it’s not too surprising that he’s reportedly heading up to Boston next week to campaign for Congressman Ed Markey -- the liberal Senate hopeful vying to succeed John Kerry in the United States Senate:

President Barack Obama will travel to Boston next week to lend his support to the Democratic candidate in a special Senate race in Massachusetts.

Obama will be in Boston on Wednesday to give a boost to Rep. Ed Markey, a Massachusetts Democrat. That's according to two Democratic sources, who weren't authorized to discuss Obama's plans ahead of the official announcement and spoke on condition of anonymity.

While in Boston, Obama will attend a morning fundraiser for Markey at Copley Plaza.

Rep. Markey has been in Congress since the mid-1970s. He’s a venerable presence in that esteemed body with a long and -- shall we shall -- “progressive” voting record to show for it. Indeed, when recently asked by a reporter if he could remember a single instance when he bucked his party’s leadership and refused to vote for a tax increase, he couldn’t. “I will get back to you on that,” he intoned. Of course, as a tax-and-spend liberal, he’ll feel right at home in the Massachusetts Senate delegation should he win -- an outcome that seems exceedingly likely these days. But Gabriel Gomez, a former Navy Seal and successful businessman, isn’t taking anything for granted or giving up -- and might just shock the political world if he somehow pulls out an upset win on June 25.

To that end, here’s his most recent campaign ad, which shows Gomez introducing himself to voters and disseminating his message. It was paid for by the NRSC: