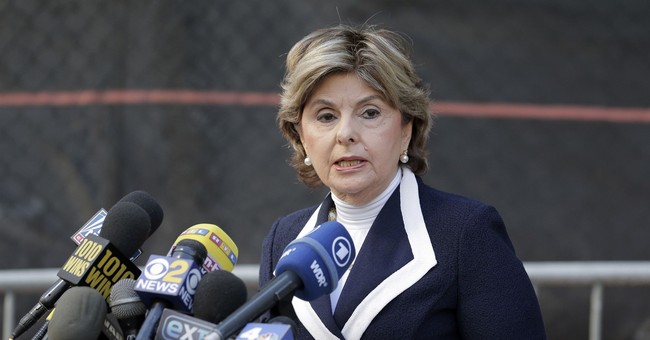 Women's rights attorney Gloria Allred is presenting the latest accusation against Gov. Andrew Cuomo on Monday. According to the famous lawyer, Gov. Cuomo grabbed the face of a married woman and kissed her without permission. She marks the ninth woman to accuse Cuomo of sexual misconduct.

Her client, 55-year-old Sherry Vill, “was shocked when the Governor suddenly grabbed her face and kissed her in front of her home,” according to a press release ahead of Allred's press conference on the incident. Allred also claims her client has a photo of the kiss, as well as witnesses.

Inbox: Attorney Gloria Allred holding press conference today with new Cuomo accuser...
"The woman, who is married, will explain why the Governor was at her home and who witnessed the kiss." pic.twitter.com/AsqhRf31OS

The presser was held via Zoom.

Gloria Allred is holding an online press conference with Sherry Vill, a 55-year-old New Yorker who says Gov. Andrew Cuomo grabbed her face and kissed her in 2017. pic.twitter.com/Rn4YPgqN08

Vill, who lives in Rochester, recalled that Cuomo was surveying flood damage in her area and toured her home. Cuomo kissed her twice on the cheek during the visit, she claimed.

"His actions were very overly sexual highly inappropriate and disrespectful to me and my family," Vill said.

"I know the difference between an innocent gesture and a sexual one," she continued. "I never felt as uncomfortable as I did the day that Governor Cuomo came to my home."

Lindsay Boylan, a former state employee, was the first woman to come forward with an accusation against the governor. In her shocking piece for Medium, she claimed that Cuomo even once asked her to play "strip poker." Since her brave revelation, several more former employees came forward with claims that Cuomo was both verbally and physically inappropriate.

Several lawmakers - both Republican and Democrat - have called on Cuomo to resign. He has since refused.