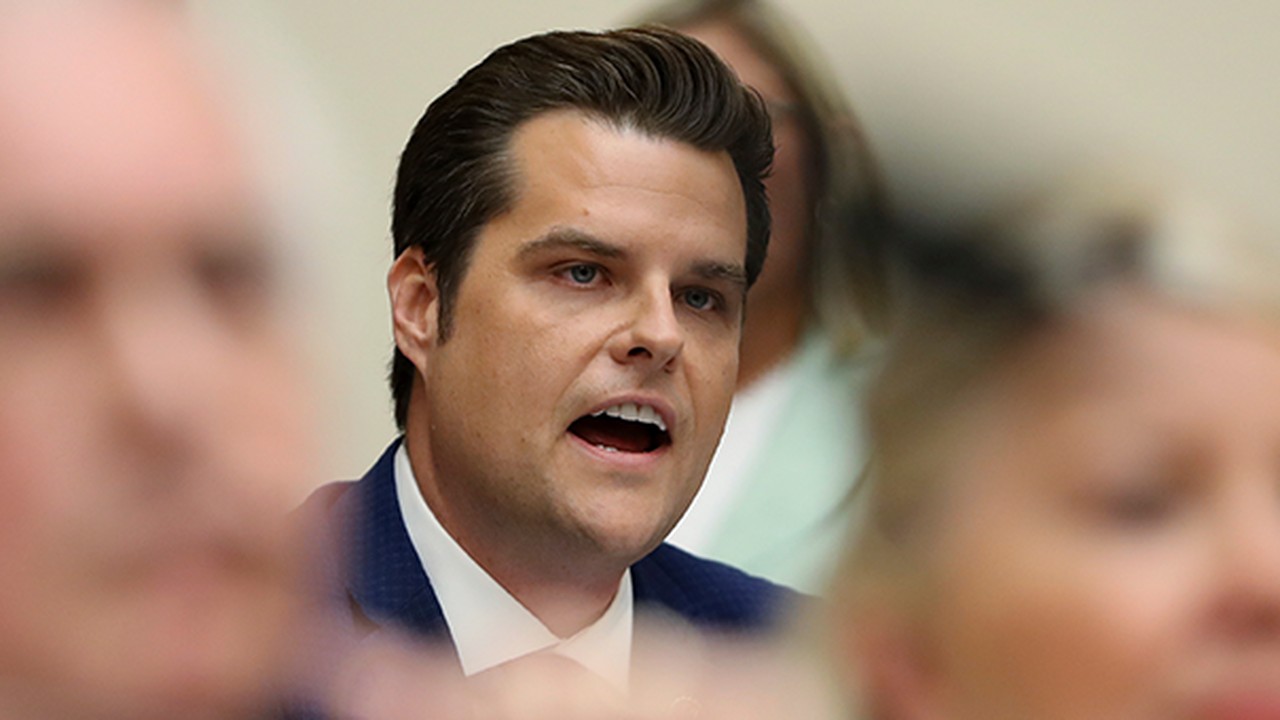 It's without a doubt the most infamous case of conservatorship - at least in modern history. Pop star Britney Spears, 39, has been under her father Jamie Spears's conservatorship since 2008, following one of the most tumultuous years in Spears's life that had folks questioning her mental health. The conservatorship gave her dad control over her finances, career and well-being.

And her predicament was thrust further into the spotlight after The New York Times documentary "Framing Britney Spears" debuted on FX and started streaming on Hulu a few weeks ago. The overwhelming response was one of compassion for Spears and how poorly she was treated by the media.

Reps. Jim Jordan (R-OH) and Matt Gaetz (R-FL) have apparently taken compassion on Spears and others in her situation, and they are requesting hearings into the matter "to examine whether Americans are trapped unjustly in conservatorships."

"In recent years, there has been growing public concern about the use of conservatorships to effectively deprive individuals of personal freedoms at the behest of others through the manipulation of the courts," the lawmakers write in a letter to House Judiciary Committee Chairman Jerry Nadler.

“The most striking example is perhaps the case of multi-platinum performing artist Britney Spears.” pic.twitter.com/tfE8KJAZ4s

"Ms. Spears is not alone," they write. "There are countless other Americans unjustly stripped of their freedoms by others with little recourse. For example, Long Island resident Daniel Gross was forced against his will into a conservatorship after being hospitalized with cellulitis while visiting his daughter in Connecticut. In what the judge labeled 'a terrible miscarriage of justice,' Mr. Gross was locked in a Connecticut nursing home for 10 months despite his pleas for release."

Jamie's attorney Vivian Thoreen responded to the lawmakers in a statement provided to Fox News.

"Jamie Spears has diligently and professionally carried out his duties as one of Britney’s conservators, and his love for his daughter and dedication to protecting her is clearly apparent to the court."

She adds: "Any time Britney wants to end her conservatorship, she can ask her lawyer to file a petition to terminate it; she has always had this right but in 13 years has never exercised it.  Britney knows that her Daddy loves her, and that he will be there for her whenever and if she needs him, just as he always has been -- conservatorship or not."

There was a small court victory for Spears's fans last month as her father lost his challenge to remove Bessemer Trust as co-conservator of her estate.