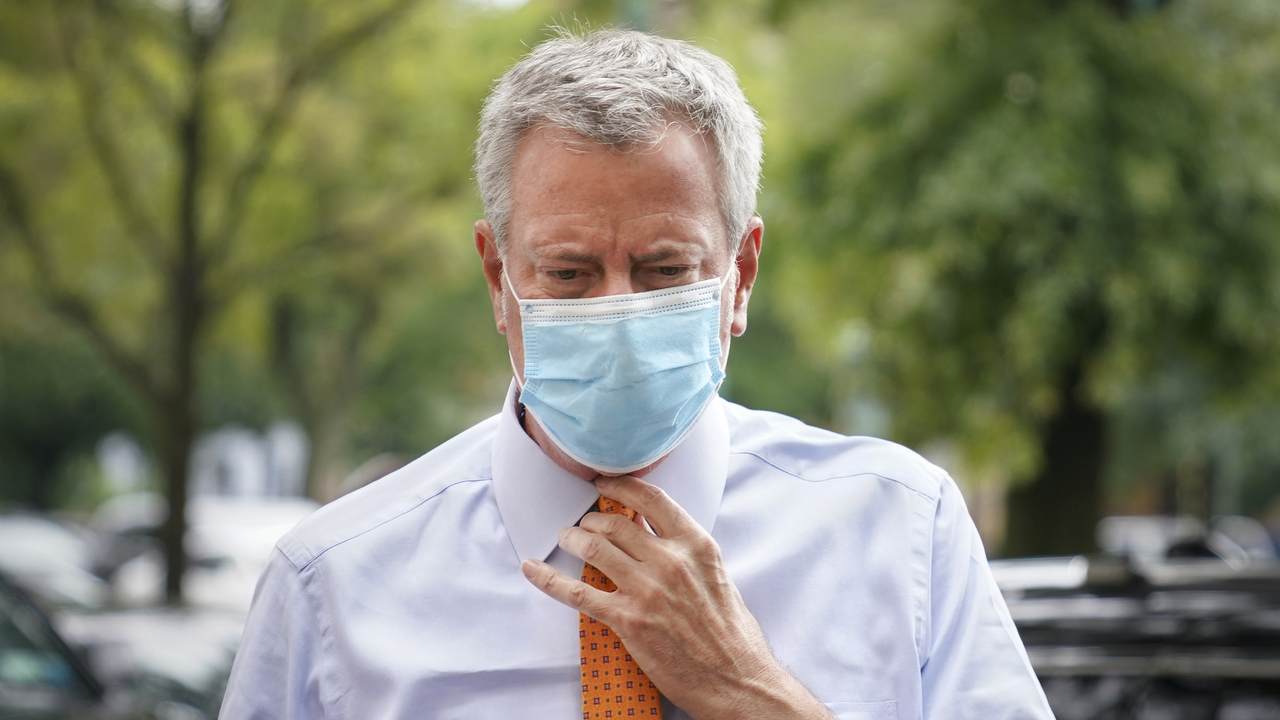 Gov. Andrew Cuomo said the words "sorry" or "I apologize" over a dozen times as it related to his behavior toward former female employees at his press conference on Wednesday, marking the first time he made public comments about the string of sexual harassment allegations against him. But Mayor Bill de Blasio and other New York leaders say it meant nothing.

"No, I don’t think it changes anything," de Blasio said of Cuomo's public statements.

For some reason, Cuomo took an indirect shot at the mayor on Wednesday, telling reporters that New York City was "teetering," and they needed to make it "functional" again.

"Clearly, he's trying to distract attention from his own problems," the mayor said of the governor. He added that Cuomo's criticism of NYC sounds like "what Donald Trump would have done."

Mayor de Blasio said the allegations against Cuomo are "very serious" and that he should absolutely step down if they're found to be true.

"If these allegations are true, he can not govern," de Blasio said. "He would not be able to govern. It's as simple as that. You have to have trust from the people. And if you can't maintain that trust, you can't govern."

Gov. Cuomo urged New Yorkers to "wait for the facts."

Cuomo had plenty to say about how he's treated women, but it wasn't lost on New Yorkers that Cuomo did not issue an apology for his administration's decision to withhold the number of COVID-related nursing home deaths.