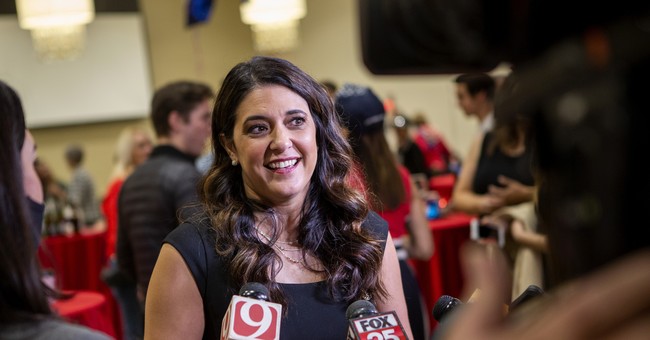 A group of female conservative lawmakers recently convened to discuss how the pandemic has affected their children's education and mental health, as well as their own. RNC Chairwoman Ronna McDaniel moderated the conversation, which was hosted and organized by Winning For Women PAC.

Rep. Stephanie Bice (R-OK) got candid about how the decision to shutter schools has affected her family. Her oldest daughter came home from college for spring break and never went back, meaning that for the teenager it was 5 months at home with her parents. When she went back to school, most of the classes were still virtual, which was less-than-helpful for her major.

"She's an engineering major, doing mechanical and aerospace," Rep. Bice explained. "These are collaboration classes where students should be working together."

At one point the congresswoman said her daughter called her and said she needed to talk to someone. The problem was, when they called the campus counseling services, they found it was a 2-month wait to get an appointment.

"I think the universities are even overwhelmed in trying to help students work through this challenging time," she noted.

Rep. Nancy Mace (R-SC) explained the "emotional toll" the pandemic has placed on her and her kids too.

"My kids think my work is more important than them now because before when they were in school, they didn't see me work all day...But now you can't give them, as parents, attention all day...They feel like they play second fiddle," Mace said.

Unfortunately, as McDaniel noted, part of the problem is that President Biden is ignoring the science that says we can safely open schools, because he doesn't want to upset the teacher's unions.

“The Biden Administration’s refusal to follow the science and re-open our schools has had devastating effects on students’ academic progress and mental health, and working mothers are disproportionately bearing the burden of this failure of leadership," McDaniel said in a statement provided to Townhall. "As Democrats continue to put liberal special interests before our students, Republicans are working to safeguard the wellbeing of students, working mothers, and our nation’s economy.”

Sen. Joni Ernst (R-IA), who also took part in the conversation, is currently working on the bipartisan Child Care Workforce and Facilities Act, which would provide grant money to expand facilities to assist child care workers. Her fellow Iowan Rep. Ashley Hinson also revealed her Reopen Schools Act on the House floor that would provide new conditions on the $54 billion that Congress allocated to K-12 schools in December to help them safely reopen.

As the lawmakers noted, it's the start of Women's History Month, which means it's a better time than ever to analyze how the pandemic is disproportionately affecting women.