Andrew Yang's Plans for the NYPD Are Getting Mixed Reactions 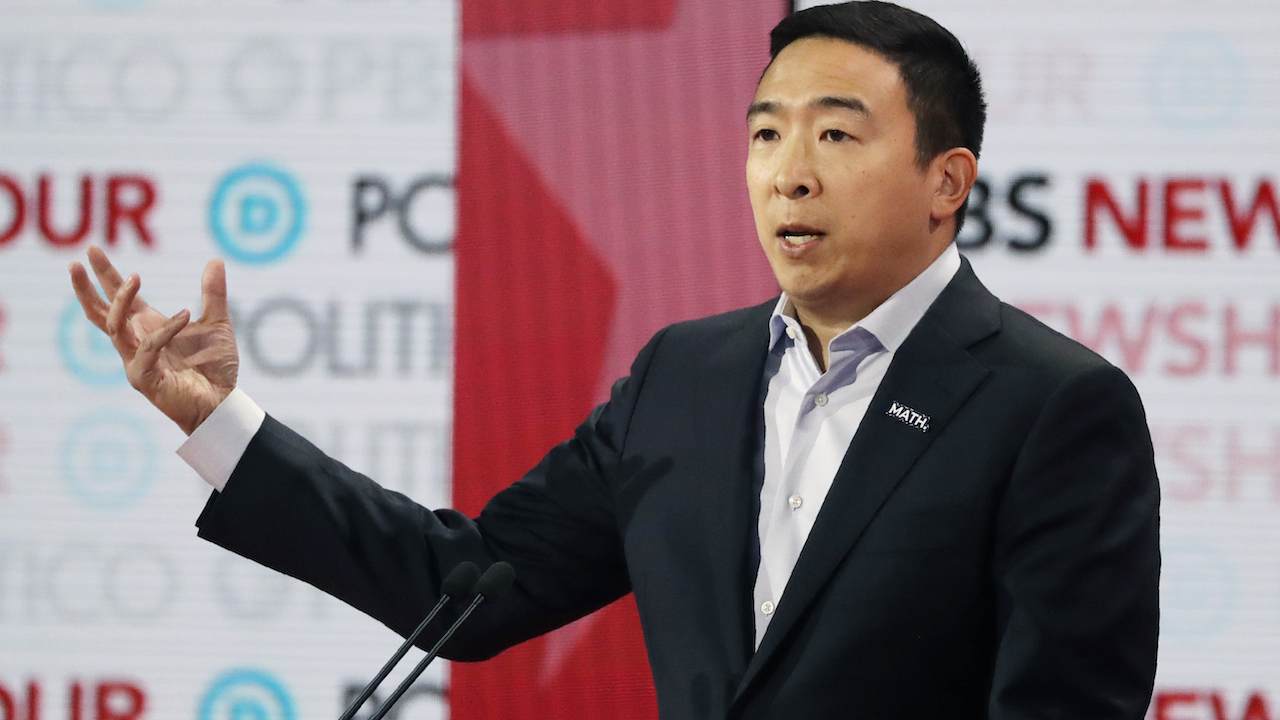 "I moved to New York City 25 years ago," Yang said in his announcement. "I came of age, fell in love, and became a father here," the tech entrepreneur said. "Seeing our city in so much pain breaks my heart. Let’s fight for a future New York City that we can be proud of – together."

As always, one of the major issues facing the NYC mayor is crime. De Blasio has had a rocky relationship with the NYPD for years. In 2014, after the mayor in part blamed the police for the "distrust" in local communities, the tension was so palpable that officers literally turned their backs on him. Last year the mayor also supported efforts to redistribute funds from the department.

Yang had a few ideas of his own regarding how to reform the NYPD. For starters, he suggests appointing a civilian commissioner to oversee their performance.

On working to eliminate police misconduct within the NYPD, @AndrewYang tells @errollouis he believes the department could use a civilian commissioner. Here’s his reasoning. #NY1Politics pic.twitter.com/klW1wIwp5A

And he notes that it's already proven to be successful at the federal level, where civilians have led the military.

But not everyone agreed that that was the best course of action.

In no other field but government do people suggest that the solution to institutional problems is to install a CEO with no experience working in the industry. https://t.co/hjctMJUnyn

Yang told radio host Charlemagne tha God that he would take a closer look at how much of the city's budget would go toward the NYPD, adding in some colorful commentary.

"I think that's what we need to be looking at," he said. "We spent hundreds of millions in civil fines settling lawsuits against officers. Talk about the sh*ttiest way to spend city money you can think of."

Yang on the NYPD budget pic.twitter.com/WHXsIjYp1Z

Yang got some serious applause for that one.

Yang wants to defund the police and use that money for the people???! How can he not win at this point ?? https://t.co/OYlCb8QQe9