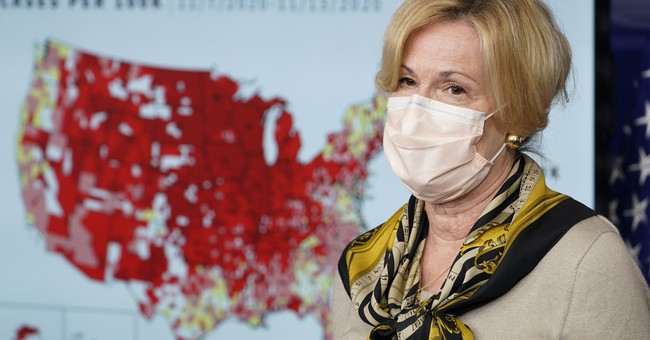 Dr. Deborah Birx, the White House coronavirus task force coordinator who came to this year's daily press conferences prepared with detailed slides about COVID-19's trajectory in the U.S., told the press this week that she'll stay onboard to help the Biden administration address the pandemic for a bit. But then she's calling it quits.

“I will be helpful in any role that people think I can be helpful in, and then I will retire,” Dr. Deborah Birx told Newsy.

Dr. Birx's announcement comes on the heels of a scandal. Despite the CDC's warning that Americans should stay home this Thanksgiving, Dr. Birx flew to her family home in Delaware. But she said that the trip had been misinterpreted.

“I did not go to Delaware for the purpose of celebrating Thanksgiving,” she explained. Instead, she said she flew home to help with the winterization of the property before a potential sale.

Still, the timing of her announcement wasn't lost on the press.

Some furious health experts argued that her trip "disqualifies" her from any future government position.

“To me this disqualifies her from any future government health position,” said Dr. Angela Rasmussen, a virologist at the Georgetown Center for Global Health Science and Security. “It’s a terrible message for someone in public health to be sending to the American people.”

Dr. Birx said the scrutiny she's received after her trip has been "overwhelming."

“I think what was done in the past week to my family — you know, they didn’t choose this for me. They’ve tried to be supportive, but to drag my family into this,” she added.

Before her work on the White House task force, Dr. Birx was known as a "legend" in the fight against HIV.