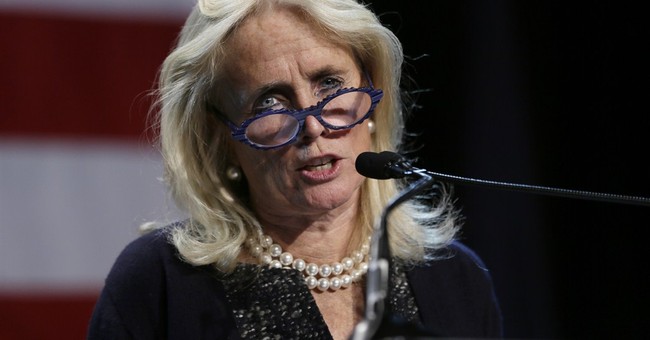 On Friday House Speaker Nancy Pelosi (D-CA) and GOP Leader Kevin McCarthy (CA) attended an FBI briefing about Rep. Eric Swalwell's (D-CA) ties to an alleged Chinese spy, Fang Fang, or Christine Fang. McCarthy has called for Pelosi to immediately remove Swalwell from the House Intelligence Committee because he could be threatening national security. And he, like many other Republicans, want to know exactly how much Pelosi did or didn't know about Swalwell's relationship to Fang when she appointed him to the committee.

"When did Nancy Pelosi know of this and why did she maintain him on the committee?" McCarthy has asked. "Adam Schiff, who has spent four years as chair, worried about the foreign intervention into our country, knowingly keep an individual on the committee, if he knew as Swalwell says that he was with a Chinese individual who was a spy, who helped him run for Congress."

Rep. Debbie Dingell (D-MI) went to bat for Swalwell on Friday on Fox News, suggesting that while Swalwell did know Fang Fang, their relationship was "not deep." Jonathan Turley, the George Washington University Law School who served as the Republicans' only witness during President Trump's impeachment hearing earlier this year, questioned her explanation.

Rep. Dingell just addressed the Swalwell scandal and said on Fox that "I've been told the relationship was not deep etc." Swalwell's office continues to maintain that simply confirming the nature of the relationship could expose national secrets. https://t.co/p5HibKrEso

Dingell added that as far as she knows, as soon as Swalwell found out who Fang was, he disclosed that information. She disagreed that the revelation should get Swalwell booted from the committee because she worried it could then be used as a "tool" to do it in the future. Further, she noted that other members of Congress, including Republicans, have probably also been targeted by foreign entities.

"...I have done classified work for decades and I cannot imagine the basis for claiming that nature of the relationship is classified," Turley wrote. "Clearly the Fang Fang knows. The Chinese know. Swalwell knows. The FBI (and now members) know. It is just the American people who do not know."

Fox News tried to get a direct answer out of Swalwell on Friday. He pretended not to hear them.