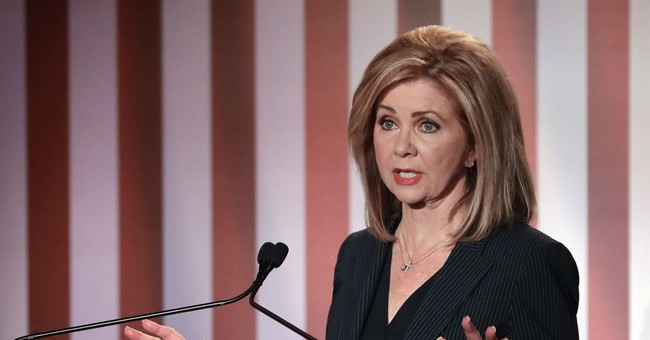 Like many U.S. lawmakers, Sen. Marsha Blackburn (R-TN) has exposed China's long history of taking advantage of us. And, as she explained, it's only been exacerbated by the COVID pandemic, which originated in Wuhan.

"The coronavirus pandemic has shined a bright light on the many problems that plague our interactions with China," Blackburn says on her congressional website. "Over the years, Tennesseans have watched Beijing lie, cheat, and steal its way to the top. The Chinese Communist Party’s deception put our songwriters, auto part manufacturers, and countless other industries at a disadvantage long before their coronavirus failures made the nightly news. Fighting for Tennesseans means unraveling our failed relationship with China, and I’ve released a comprehensive analysis detailing the best ways to start that process."

She goes on to share over 100 recommendations, such as addressing Chinese academic, research, and economic espionage, and intellectual property theft, through the introduction of new, responsibly stringent regulations and consistent implementation of existing regulations.

Blackburn added a similar sentiment on Twitter on Thursday.

China has a 5,000 year history of cheating and stealing. Some things will never change...

And this time, she heard back from Chinese State Media.

Chen Weihua, China Daily EU Bureau Chief (Chinese State Media) replied to her with just one word, "Bitch." He later added, "This is the most racist and ignorant US senator I have seen. A lifetime bitch."

For those who are familiar with Sen. Marsha Blackburn, her swift response came as no surprise.

“From Tiananmen Square to the Uyghur genocide, Communist China is an expert at slaughtering populations. America will not bow down to sexist communist thugs," she said in a statement.