Legendary Rockers Team Up to Record an 'Anti-Lockdown' Song 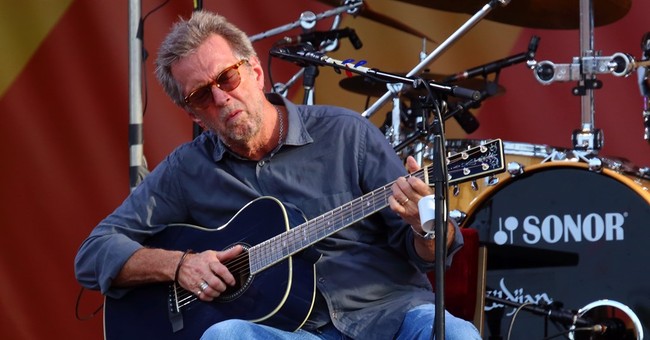 People are fed up with the coronavirus lockdowns, among them a couple of legendary rockers. Van Morrison and Eric Clapton have teamed up to record a new single called "Stand and Deliver" for Morrison's Save Live Music campaign. The song is being described as an "anti-lockdown" anthem and the proceeds are intended to help musicians struggling to make ends meet during the pandemic.

The rock stars explained that they've teamed up on the project because they don't want to see the end of live music.

“There are many of us who support Van and his endeavors to save live music; he is an inspiration,” Clapton said. “We must stand up and be counted because we need to find a way out of this mess. The alternative is not worth thinking about. Live music might never recover.”

“Eric’s recording is fantastic and will clearly resonate with the many who share our frustrations,” said Morrison. “It is heart-breaking to see so many talented musicians lack any meaningful support from the government, but we want to reassure them that we are working hard every day to lobby for the return of live music, and to save our industry.”

Morrison previously released three songs protesting the lockdowns in the UK this fall, titled “Born To Be Free,” “As I Walked Out” and “No More Lockdown.”

Here's just a taste of Morrison's message for the government in "Born to Be Free":

“The new normal, is not normal/It’s no kind of normal at all/Everyone seems to have amnesia/Don’t need the government cramping my style/Give them an inch, they take a mile.”

Some social media users thanked the men for standing up for their freedoms, but others were not so receptive to the singers' new single or the cause behind it, calling them selfish.

Other artists, such as country singer Chase Rice, continued to hold concerts this summer. His performance in Petros, Tennessee in June came under scrutiny, even by his fellow artists.