Dem Lawmaker Urges Biden to Take Back His Oil Comments 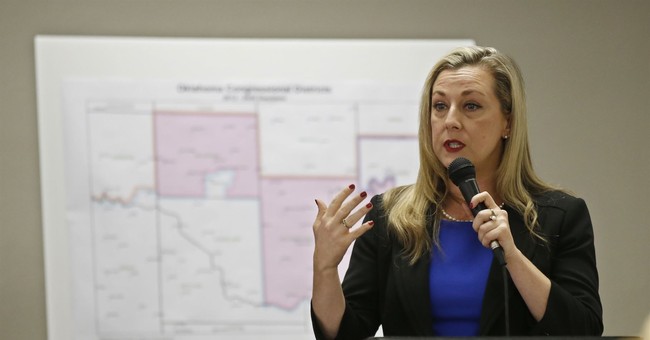 Democratic nominee Joe Biden caused quite a bit of outrage when he told voters at Thursday night's presidential debate that he plans to "transition" the U.S. away from the oil industry.

President Trump pounced on that statement, noting that that meant that Biden is going to "destroy" the oil industry.

That includes Democrat Rep. Kendra Horn (D-OK), who tweeted on Friday that she disagrees with the former vice president on this issue. She explained why we must "stand up" for the oil and gas industry.

Here’s one of the places Biden and I disagree. We must stand up for our oil and gas industry. We need an all-of-the-above energy approach that’s consumer friendly, values energy independence, and protects OK jobs. I'll keep fighting for that in Congress. https://t.co/9fIaZ8pyY1

"Doing what’s right for Oklahoma often means standing up to party leadership," Rep. Horn wrote in a subsequent tweet. "Whether I’m fighting for our public schools or speaking out for our energy industry, I’ll always take a thoughtful, bipartisan approach that puts Oklahoma first."

The Biden campaign tried to do some damage control and released a statement to clarify that the nominee was talking specifically about ending oil and gas subsidies.

Hm. Not exactly what he said last night.