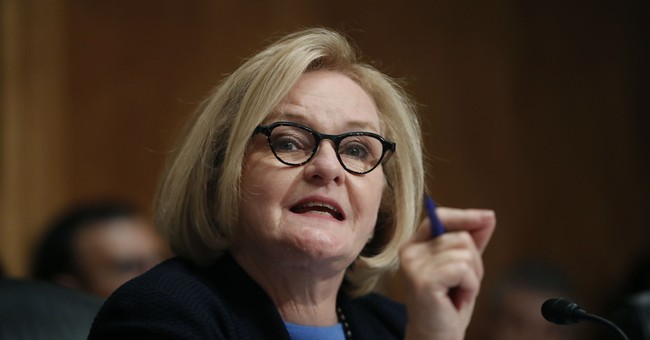 I hope Democratic presidential nominee Joe Biden doesn't plan on asking former Sen. Claire McCaskill (D-MO) to be on his communications team. Because when she was asked by NBC to explain the Democrat's position on court packing, her answer was even more confusing than his.

"First of all, it's a tough question," she said on "TODAY" on Friday. "Second of all, I think Joe Biden has mixed emotions about it. He's said over and over again he's not a fan of court packing."

“I think Joe Biden has mixed emotions about it.” -@clairecmc on court packing pic.twitter.com/Vr9f8vcz0O

It's not a tough question, though, as her debate partner, National Review editor Rich Lowry, explained. It's a yes or no answer. Will Biden enact "one of the most radical measures in American history," or not? Will he "destroy the legitimacy of the Supreme Court," or not?

"The Supreme Court's been nine since the 1860s...He should be able to give a straight answer," Lowry noted.

McCaskill added that she thinks Biden is "waiting to see what the American people think of the idea."

Biden has been asked this question repeatedly. In one press conference, he suggested that Americans don't "deserve" to know his answer before the election. He then gave us a better hint at his feelings about it, saying he's "not a fan" of the idea. And then at Thursday night's town hall with ABC, he gave his most "straightforward" answer yet.

No worries. President Trump answered the question for him.

If we don’t win, the Radical Left will destroy our Country. Biden refuses to answer questions on packing the SCOTUS! Dems will pack the Court w/ radical left justices who will shred the #2A, empower violent mobs, and protect terrorists & violent criminals! pic.twitter.com/qUrjRM6MTp