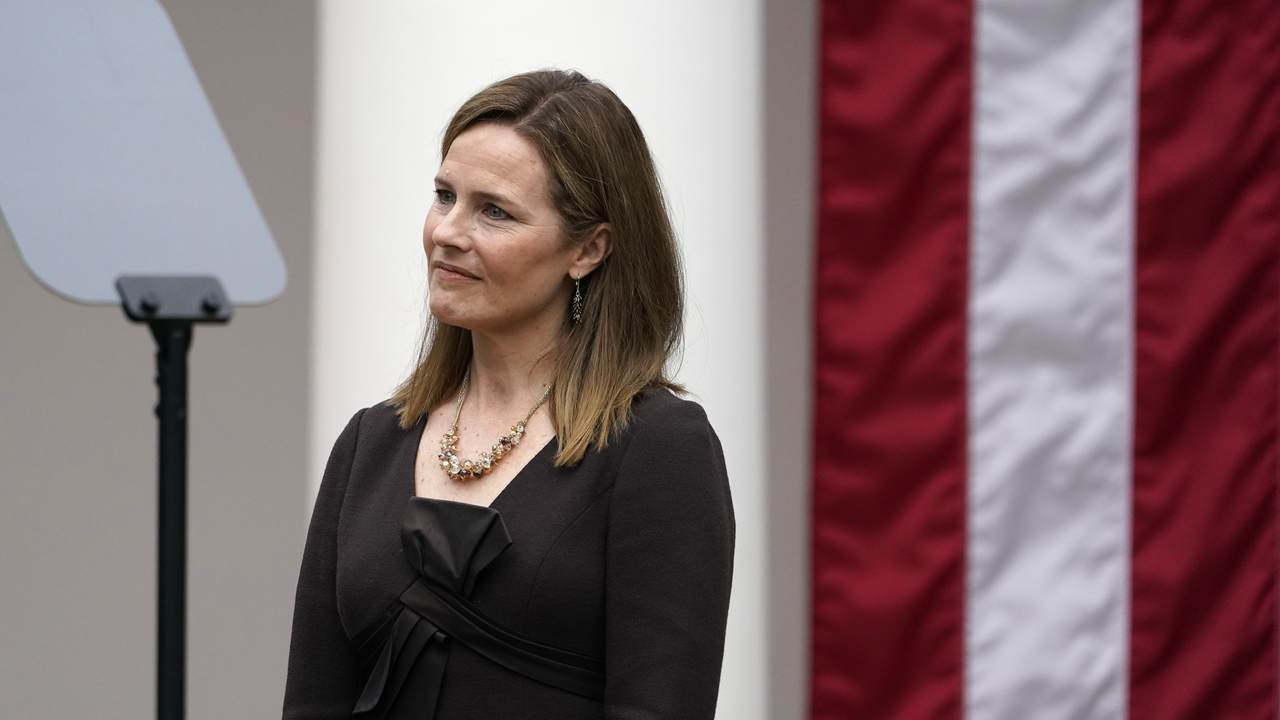 Brendan Duffy clerked for Amy Coney Barrett on the Seventh Circuit Court of Appeals last year. Now that she's President Trump's new Supreme Court pick, Duffy is leaping at the chance to speak about her traits.

"I cannot imagine a better pick or a better future justice, both as a jurist and a person," he responded without a beat.

Duffy says Barrett was "a joy to work with." The judge, she says, is "one of the most brilliant people that I've ever met, and one of the kindest." He added that she has "a heart of gold" and she would ask them what's going on in their lives.

"She cared about us both inside and out of the office," he beamed.

He recalled that she would invite her team over and cook for them, New Orleans style, and bring in baked goods on hectic days when she wanted to "pick them up."

"It became a home for all of us," he remembered.

Knowing her true colors, Duffy is pained to read the outrageous reports attacking Barrett's character. Critics have even stooped to the point where they are questioning how she can be a mother to her seven children if she's on the Court, and wondering what her angle was when she adopted two children from Haiti.

"It's sad and frustrating," Duffy said. "Judge Barrett's qualities are unassailable...I wish that everyone got to know her."

And the American people may get to know her during the confirmation hearings starting October 12. Although the Brett Kavanaugh hearings in 2018 were pretty rough, Duffy says he's "overly hopeful" about Barrett's interrogation, especially after senators start looking at her record.

But the signs are showing that this round is going to get ugly too. Some Democratic senators are already refusing to meet with her and calling her an "illegitimate" candidate.

"She has more fortitude and poise than just about any person I've ever met," Duffy said. "I think she will handle it with incredible grace and poise."