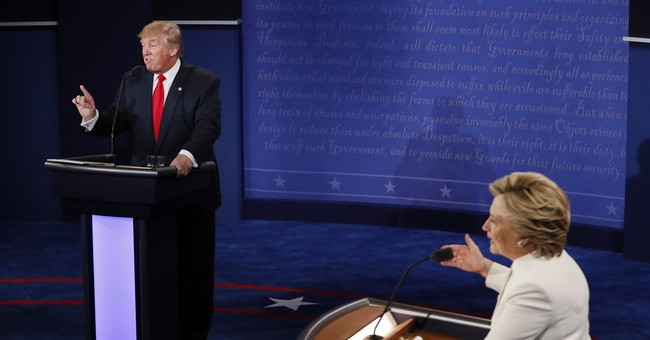 On Wednesday the Trump campaign requested to add a fourth, earlier debate to this fall's 2020 presidential campaign schedule. The first onstage contest is currently scheduled for September 29. The campaign argues that it's only fair because some mail-in ballots are going to be sent out before the first debate even takes place.

How can voters be sending in Ballots starting, in some cases, one month before the First Presidential Debate. Move the First Debate up. A debate, to me, is a Public Service. Joe Biden and I owe it to the American People!

But on Friday the Commission on Presidential Debates denied their request.

Fox News' @johnrobertsFox reports that the Trump campaign's request to add an additional debate has been denied. pic.twitter.com/oXFprTNphq

The commission responded directly to Trump's personal attorney Rudy Giuliani, who authored the appeal. In their own letter, they explain that even though some ballots may be issued by the first debate, that doesn't mean they will have been "cast." They add that voters will be "well aware" of their opportunity to see the debates, considering that they'll be "highly publicized."

"In your letter, you express the Trump campaign’s interest in a presidential debate in early September. You state that such a debate is necessary because some states begin sending out mail-in ballots before the first scheduled debate," CPD wrote. "There is a difference between ballots having been issued by a state and those ballots having been cast by voters, who are under no compulsion to return their ballots before the debates. In 2016, when the debate schedule was similar, only .0069% of the electorate had voted at the time of the first debate."

"While more people will likely vote by mail in 2020, the debate schedule has been and will be highly publicized. Any voter who wishes to watch one or more debates before voting will be well aware of that opportunity," the group added. (NBC News)

For months the president has said how much he's looking forward to his debates against former vice president Joe Biden because he believes it won't even be a competition. He and his campaign have often questioned Biden's mental abilities thanks to his gaffe heavy campaign thus far, and predict that he'll fall apart onstage.

And it seems that they want that on TV as soon as possible.

As for the Biden camp, they said they're perfectly happy with the current schedule.