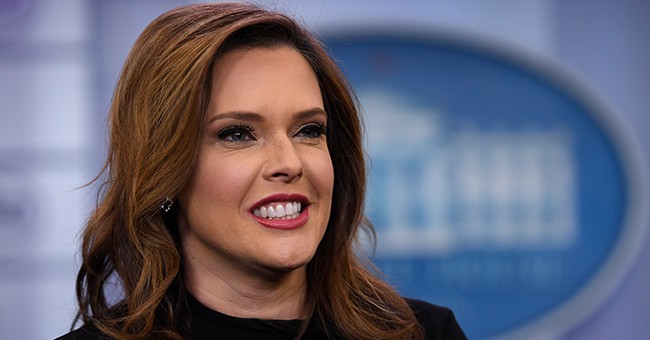 CNN's Brianna Keilar brought Trump campaign senior advisor Mercedes Schlapp on as a guest to discuss mass mail-in voting. But instead of engaging in a productive conversation, the anchor instead chose to interrupt Schlapp every chance she got. At one point she even called their interview "pointless."

Keilar clearly already had made up her mind that mail-in voting was a perfectly fine way to conduct the November general election, despite Schlapp providing evidence to the contrary.

"Why are you villainizing mail in voting?" Keilar wanted to know, especially in the middle of a pandemic.

Schlapp responded with a question.

"I'm going to ask you again, do you believe that a person should be able to vote after the Election Day?"

The Trump campaign is suing the state of Nevada for doing just that, allowing people to cast votes three days after the fact.

The legal challenge from the Trump campaign and the GOP claims several of the bill's provisions are unconstitutional, including one that requires election officials to count ballots received up to three days after Election Day even if the date it was postmarked is unclear. They are also targeting two sections of the bill that dictate the number of in-person polling places for early voting and day-of voting, claiming the provisions will lead to more polling places for voters in urban counties than rural counties. (CBS News)

"The electoral process cannot function properly if it lacks integrity and results in chaos," the campaign said in its lawsuit.

President Trump added that, with the rampant technical difficulties that seem to plague our elections lately, mass mail-in voting could cause some serious delays in results.

Nevada has ZERO infrastructure for Mail-In Voting. It will be a corrupt disaster if not ended by the Courts. It will take months, or years, to figure out. Florida has built a great infrastructure, over years, with two great Republican Governors. Florida, send in your Ballots!

As Schlapp tried to explain these concerns to Keilar, the anchor ignored her and accused her and the rest of the Trump campaign of trying to place "obstacles" in voters' ways. She told Schlapp that she "needed to listen" to her as she argued that voter fraud is nonexistent. That's about when she tried to wrap up their discussion.