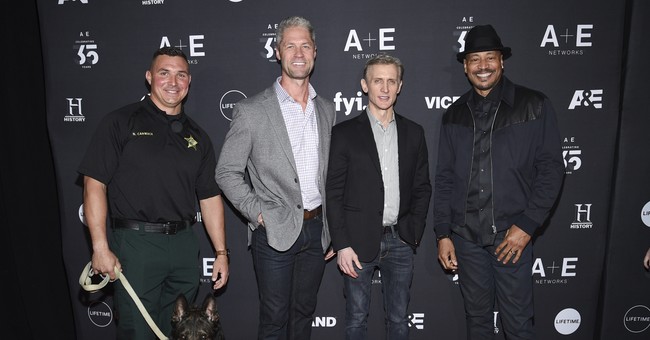 "Live PD" is the latest victim of cancel culture. The show, which followed law enforcement officers on duty, was deemed problematic because, according to critics, it "glorified" police in the wake of the police killing of George Floyd and the racial and social unrest that has resulted from it. "Live PD" was cancelled just a day after the cancellation of the classic TV show "COPS."

The former host of "Live PD," Dan Abrams, expressed some of his frustration on Fox News's "Bill Hemmer Reports" on Thursday. Abrams said he hoped his show would survive because it focused on transparency among police departments, exactly what today's protesters are demanding.

"Well, I am not certain exactly why" it was cancelled, Abrams told Hemmer. "It was obviously due to pressure to cancel the show based on the current environment that we are in."

"Now again, I had thought the show would survive, I had thought that we could both support the important protests and calls for change that are going on around this country and say that 'Live PD' and transparency amongst police officers and police departments can and should be a part of that," he added.

In addition to pressure to cancel "Live PD" in the midst of growing movements to defund or abolish the police, the A&E Network's decision also came on the heels of a controversy regarding a crew member who was with officers when a man named Javier Ambler died during an arrest after saying, "I can't breathe." His death was later ruled a homicide.

But Abrams stood by his program and his frustration was even more palpable in his interview with CNN anchor Brianna Keilar. In their interview, Keilar did everything she could to portray "Live PD" as a wicked entertainment show that preyed on Americans and didn't tell the complete stories of the arrests they featured.

Keilar insisted that the show omits information in each episode.

Video: Here's a snippet of the pathetic and insulting attack on #LivePD on CNN earlier today by Brianna Keilar. She smiled as she bashed the show, mocked @DanAbrams, & dismissed any of the many positives the show brought. It takes a lot to insult me, but this did #LivePDNation pic.twitter.com/AaY8Y5SedL

"Right, because we follow eight departments at once," Abrams explained. "And there is no way to do all of that at one time in a 3-hour show."

It's often the case with news broadcasts as well, which often have to decide which details to omit so as to save airtime. Still, Keilar accused Live PD of "hiding behind policies and washing your hands and not having sort of a social responsibility."

He replied, "I think you're not listening to what I'm saying."

Another complaint against the show is that it too often portrays officers tracking down and arresting black Americans. Abrams said he supports the protesters' and their calls for change. But you can do both. You can support the protests, as well as support the police who are actually doing their jobs and protecting communities.

Abrams was furious that people who have "never watched the show" are suddenly condemning it. I would venture to guess Keilar is one of those people.