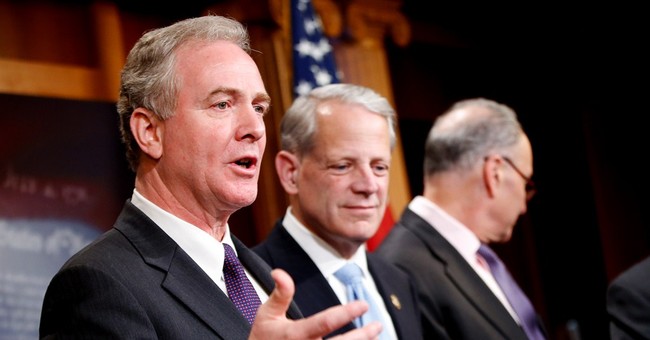 Maryland Democratic Sen. Chris Van Hollen's vacation got interrupted. As he complained on the Senate floor Thursday morning, he had to return to Washington to debate whether or not to provide additional funding for small businesses under the Payment Protection Program, a part of the CARES Act.

-Democrat Senator Chris Van Hollen complains that he had to leave his vacation to come to the Senate and block Americans from getting their paychecks in a crisis. pic.twitter.com/R81ALTdkFp

Van Hollen accused the Republicans of trying to pull a "political stunt" that upends their previous bipartisan work on the CARES Act. He did admit that they "know the program needs more money," but he wants Senate Majority Leader Mitch McConnell to modify his request and suggested they first take the time to work on some "bipartisan fixes."

"I know people are anxious to get out of here," he said. "We didn't have to come in at all, if it hadn't been for the decision to try to ram this through...I see people are frustrated and want to leave."

Why are the Republicans trying to "ram this through," as Van Hollen put it? As McConnell explained, over 30 percent of the original funding under PPP has already been funneled to businesses in need. While he said it's "very good news" that these entities are taking advantage of the program, it also means that PPP needs more money, and it "needs it fast."

“I will ask unanimous consent to increase the funding for the Paycheck Protection Program to a new total of $600 billion," he requested.

Sen. Ben Cardin, another Maryland Democrat, blocked that additional funding for PPP during debate on Thursday, even though he helped author the thing.

Cocaine Mitch is irate, considering another 6.6 million Americans reported losing their jobs this week. That brings the total unemployment claims to over 16 million in the last three weeks.

“The country needs us to be nimble. To fix urgent problems as fast as we can.”

You’re seeing the worst of Washington from these Democrats— blocking paychecks desperately needed by American workers because they want a laundry list of other things. pic.twitter.com/jrL8Zc1NXb

So, suffice it to say, Democrats have been little to no help this week. Maybe they should have stayed home.