The Cuomo Brothers Comedy Routine Is a Coronavirus Surprise 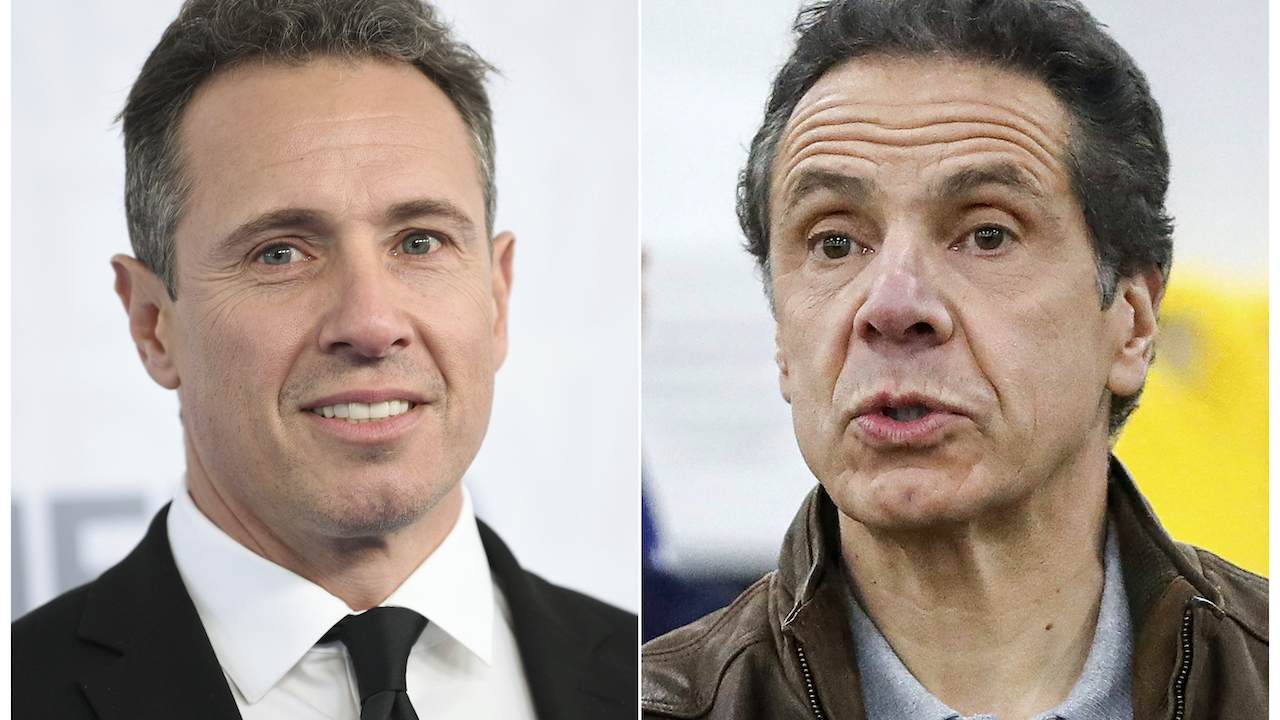 One unexpected result of the coronavirus pandemic has been the Cuomo Brothers comedy routine. From time to time, Chris Cuomo has interviewed his older brother, New York Gov. Andrew Cuomo, on his CNN show, "Cuomo Prime Time." But during the coronavirus outbreak, the governor has been making almost daily appearances, both to update viewers on his efforts to slow the spread in the Empire State, and to poke fun at his little brother. Not too much fun. I mean, Chris is currently battling COVID-19 himself.

Most recently, the governor got to talk to Chris during an Albany press conference. Chris called into the presser from his own basement, where he is self-isolating, and Gov. Cuomo told his little brother that he looked well. He didn't get the same courtesy in return.

.@ChrisCuomo updates his brother New York Gov. Andrew Cuomo about his health as he fights coronavirus in his basement, saying he had a fever dream that the governor came to him in a ballet outfit, and was waving a wand trying to make his coronavirus disappear. pic.twitter.com/hBDFR07a8n

Chris went on to explain that his brother had appeared to him in a hallucinatory dream and was wearing a "very interesting ballet outfit."

This is only a taste of their recent skits. In other interviews, the brothers have squabbled over who their parents liked more, and the moment when Chris wouldn't stop nagging his brother about running for president is just gold.

Audiences are loving the brotherly bickering. From what it sounds like, these guys are giving much needed comic relief to Americans at the moment.

"Cuomo vs. Cuomo is the comedy we need right now. #cuomobrothers," wrote one Twitter user.

"If you haven't been keeping up with the interactions between the #cuomobrothers how are you even getting through this national quarantine??" asked another.

At the end of the day, the two are family. Chris shared his admiration for his brother, who he says is working in the best interests of New Yorkers, while Gov. Cuomo said their pops would be "proud" of Chris because of the courage he's shown still airing his CNN show from his basement.

In the same press conference, however, the governor made a quip about his brother's unflattering photo, which featured his gaping mouth.

"I know what he was getting at," Chris said. "He's no box of chocolates."