Chris Hayes Tried to Shame McConnell About Ignoring the House Relief Bill, But His Timeline Was Way Off 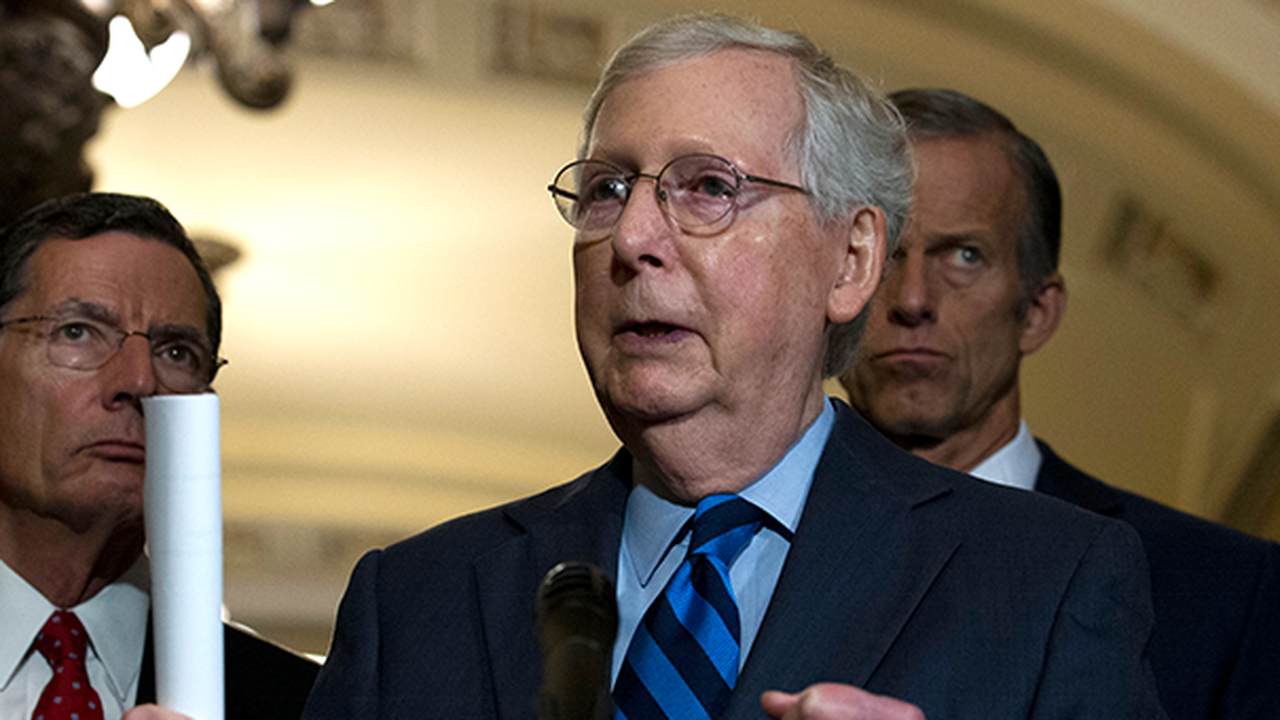 The Families First Coronavirus Response Act is still not up for a Senate vote, despite having been passed by the House on Saturday. Democrats pointed fingers at Senate Majority Leader Mitch McConnell for the delayed effort, but as more than one Republican has noted, the final House version was not released to the Senate until Tuesday morning at 9:45 a.m. ET.

That tight timeline, however, did not stop the partisan politics. Indivisible KY is a group that describes itself as part of a national grassroots movement whose goal is to stand "indivisibly opposed to Trump and the members of Congress who would do his bidding." The group also prefers to call President Trump "the biggest popular vote loser in history." On Twitter, it accused McConnell of wasting part of his weekend cozying up to his favorite Supreme Court justice instead of taking a vote on the House bill.

This is why he went home. To have a love fest with his buds...oh, and to make calls to senior judges to encourage them to retire. pic.twitter.com/U6Gi2BBmRI

MSNBC's Chris Hayes took the group at its word and pushed the same narrative on his own Twitter page.

This is what McConnell was doing instead of taking up the House Coronavirus aid package. https://t.co/jfy8OilJZ0

But the NRSC set him straight. The House bill was under revisions and was not released to the upper chamber until Tuesday morning.

This is why Schumer and candidates like @CaptMarkKelly get away with this lie — because media personalities with big platforms support the misinformation.

The House Coronavirus aid package got to the Senate *this morning* at 9:45. Somebody please tell Chris. https://t.co/T0q3B7moRn

The Senate got the House bill this morning at 9:45 AM, Chris. He took it up when it actually got there.

Either A) you just aren't following this all very closely, or B) you DO know this and are gaslighting your large following.

One of the major hangups for Republicans regarding the Families First Act is how it puts small businesses last. The new mandated paid sick leave would devastate businesses, McConnell predicted.

"In particular, it seems increasingly clear that the House's effort to mandate that small businesses provide new worker benefits, just many small businesses themselves are in major jeopardy of their own, might even be actively harmful unless we urgently address a broader package that includes more and broader small business relief," he wrote in a Tuesday press release.

The Senate leader said his caucus will vote on the House bill, but they will also get to work on a much broader bill. He previewed the three phases of that enhanced relief package on Wednesday.

I Know Exactly Who Is To Blame for This New Wave of COVID-19, and I Know Who Is Making a Fortune on It
Townhall
Veterinarian congressional candidate BUSTED for lying about WY hospital to push COVID panic-porn doubles down and LOL
Twitchy
Leftists Serve Pelosi With Eviction Notice, While Progressives Rip Fellow Dems
Redstate
A Day in the Life of a Low-Information Voter
PJ Media