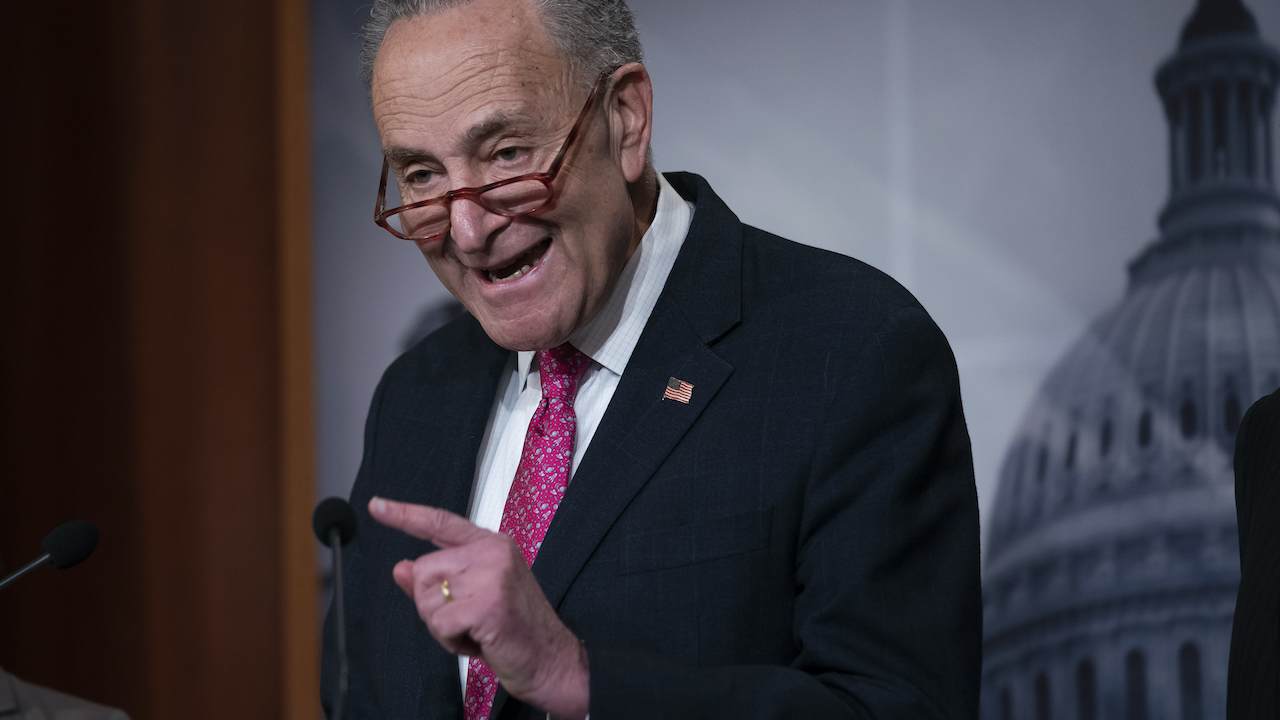 President Trump has been trying to assure Americans that they don't need to fear living their daily lives amid the furor over the coronavirus. And Democrats punished him for it. Senate Minority Leader Chuck Schumer accused Trump of "hiding the truth." The administration's handling of the virus has been marked by "towering and dangerous incompetence," Schumer added on the Senate floor.

On Monday, Schumer continued his political games and accused Trump of referring to the coronavirus outbreak as a "hoax."

Remind me again who is trying to score political points with Coronavirus?

"But this idea, first, that it was a hoax, or that it was minimal, or that people shouldn't talk about it, is all wrong," Schumer said on Monday, before warning us that that's exactly what happened in China.

Except, the president never called the coronavirus a hoax. Listen below to what he actually said.

If you are pushing the narrative that Trump called coronavirus a “hoax,” you’re lying.

Trump sounded off on the Democrats' years-long Russia and impeachment "hoaxes," before comparing it to their new politicized message about the virus.

"Now the Democrats are politicizing the coronavirus," he said at a recent rally in South Carolina. "This is their new hoax."

In fact, that's the same message that Acting White House Chief of Staff Mick Mulvaney was trying to get across at this weekend's Conservative Political Action Conference when he said that the press wasn't properly covering the coronavirus. Even CNN's Jake Tapper stepped in to set the record straight.

2/ Mulvaney said at CPAC today that 5-6 weeks ago, the admin. held coronavirus briefings on the Hill and only 5 senators & 10-15 congressmen showed up.

He attacked the media for covering impeachment: “We were dealing with it. The press was covering their hoax of the day.”

The Democratic narrative that Trump has botched his handling of the coronavirus isn't helping matters, GOP Leader Kevin McCarthy noted during a Townhall interview at this year's CPAC. While he hoped Congress was close to a funding deal, "the politics of Schumer doesn't play well."

Critical op-eds from the likes of Chelsea Clinton are also doing their best to undermine the Trump administration.

"The coronavirus threat couldn't come at a worse time for Americans, as Trump has eliminated the position of Global Health Czar and repeatedly proposed cuts to important global health funding," she wrote on CNN.

Six Americans have now died from the disease after four more deaths were just reported in Washington state, according to state officials. More than 3,000 people have died globally.