The Problem with Bernie, According to Democrats 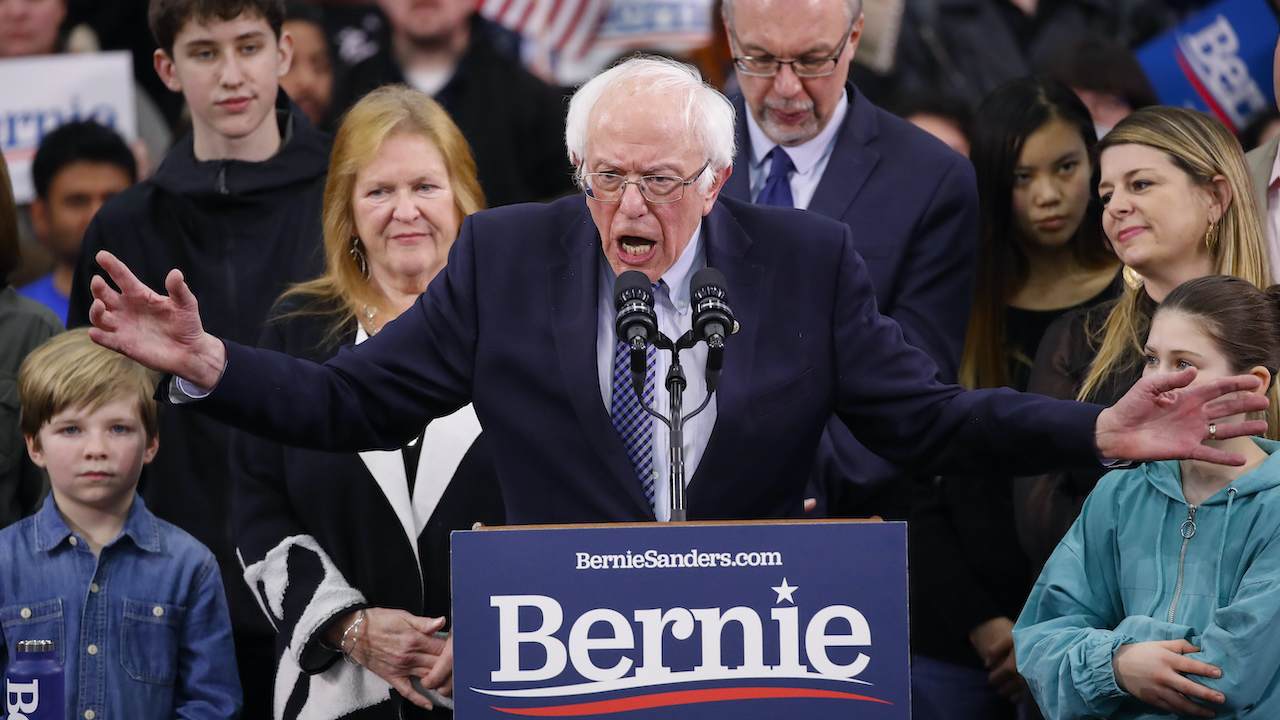 Manchester, NH - Even in the pouring rain, Bernie fans were pumped to see the Vermont senator for breakfast last Sunday at Manchester's Ultimate Sports Academy. He gave his usual stump speech about universal health care and evil billionaires, but his voters ate it up.

"Everything he says about Medicare, and women's right to choose, raising the income level, and immigration is so right on and so refreshing, and he's done it for so long, I'm just thrilled, just excited," said Julie, who traveled all the way from Oregon to hear him speak. "The one percent is freaking out. Donald Trump is freaking out because he's going to challenge the people who have been getting all the money and all the benefits. I believe he will represent the American people."

Finger pointing from the millionaire at the billionaires https://t.co/UYf7ZajJ0p

Bernie fans like Julie emphasize that a centrist Democrat isn't going to get the job done in November. What progressives are looking for is a candidate who has an unapologetic leftist agenda, particularly on health care.

"We have Medicare and we love it," Susan Hackett told Matt at the Bernie victory rally in Manchester last week. "And so, I look and say, why don’t my kids, why don’t my grandkids have the same type of coverage that I have."
Joshua from Connecticut agreed that Medicare for All is his No. 1 issue this election, "but you can’t do Medicare for All unless you do a tax on the wealthy."
So, Bernie's policies are popular among progressives. But would they ever see the light of day? His passion, plenty of other Democratic voters predicted, just may be his undoing.
"Bernie is passionate, and I have no doubt of his sincerity," conceded Patrick from Northern Virginia at the Breakfast with Bernie event, with caveats. "I am concerned about the practicality of achieving all of his objectives. even if i agree with all of them. Putting them all out there at the same time i think is going to be difficult."
The nominee needs to have "a bold agenda," Patrick explained, but he is "skeptical" that Bernie's platform would work nationally.
You can see why even Democratic politicians are hesitant to publicly support a potential presidential nominee who calls himself a Democratic socialist. When Mark Kelly was asked if Sen. Sanders could count on his support, Arizona Senate candidate Mark Kelly gave the press three different answers.
Check out my earlier reporting from New Hampshire as I chatted with moderate voters across the state who are not fans of Bernie's "extreme" agenda.
Share this on Facebook
Tweet