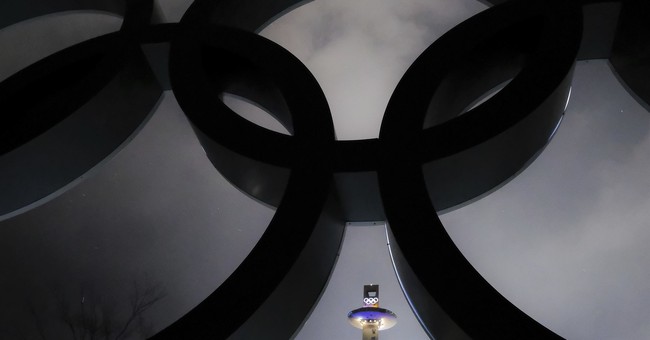 Kimia Alizadeh stood atop the podium at the 2016 Olympics in Rio de Janeiro with the bronze medal wrapped around her neck. When she defeated Sweden’s Nikita Glasnovic in one of the final matches of the taekwondo tournament, it was an historic moment for her and her entire country. Alizadeh was Iran's first female Olympic medalist. There were tears of joy then over what she had accomplished. But the story has lost some of its sentimentality.

Four years later, and it seems Alizadeh will no longer be representing Iran at the Olympics. According to new reports, she's defected.

Alizadeh now sees herself as less of a proud Iranian athlete and more as “one of the millions of oppressed women in Iran,” she explained on her Instagram page over the weekend. She has reportedly fled to the Netherlands.

The athlete explains how Iranian officials forced her to compete in full hijab against her wishes.

"Whatever they said, I wore," she wrote. "Every sentence they ordered, I repeated,” she wrote, adding, “My troubled spirit does not fit into your dirty economic channels and tight political lobbies.”

The Washington Post notes a few other recent instances in which Iranian athletes defected to other countries because of the power-hungry, oppressive regime.

Alizadeh is not the only notable Iranian athlete to defect in recent months: Olympian and judoka world champion Saeid Mollaei left Iran and ultimately became a Mongolian citizen after Iranian officials allegedly pressured him to throw a match to avoid competing against Israelis; Pourya Jalalipour, an Iranian para-archer who qualified for the 2020 Tokyo Olympics, left Iran in July to seek asylum in the Netherlands.

Alizadeh's defection comes amid one of the tensest eras between Iran and the United States. President Trump ordered an airstrike against terror leader Qasem Soleimani after he orchestrated attacks on U.S. forces. Protests for and against the airstrike have been raging in Iran for days, and the regime has threatened to retaliate.

Alizadeh may still try to compete for another nation at the Olympic games in Tokyo this summer.