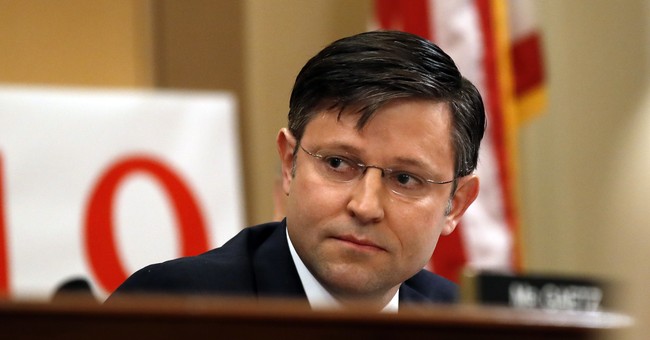 Berke began his opening statement by sharing that his young son asked him recently if the president has to be a good person. He said no, but that is "the hope."

The Democrats' star witness today is literally testifying that Trump should be impeached because his son says he's a "bad person."

YOU CANNOT MAKE THIS UP pic.twitter.com/Cnx3xCqrs9

"President Trump did what a president of our nation is not allowed to do," Berke charged.

The witness added that Trump's actions are "impeachable offenses" that "threaten our republic."

"When you talk about the ABCs of potential presidential abuses, it is extraordinary that the president's conduct was a trifecta, checking all three," Berke said.

"The witness has used language which impugns the motives of the president and suggests he's disloyal to his country and those words should be stricken from the record and taken down," Johnson said.

Nadler rejected Johnson's point of order because, he explained, the rules that apply to them don't apply to the witnesses.

"Witnesses are not subject to the rule of decorum in the same way members are," he claimed.

Johnson let out a frustrated sigh.

Nadler appeared prepared for this kind of interruption, as he read from a prepared statement.

"The topic of the hearing is the president's misconduct, so none of us should find it surprising that we are hearing testimony that is critical of the president."

The chairman concluded that he did not find Berke's testimony "disorderly."

During their 15-minute break, Ranking Member Doug Collins (R-GA) sounded off about the Democrats' "destruction of the House rules."