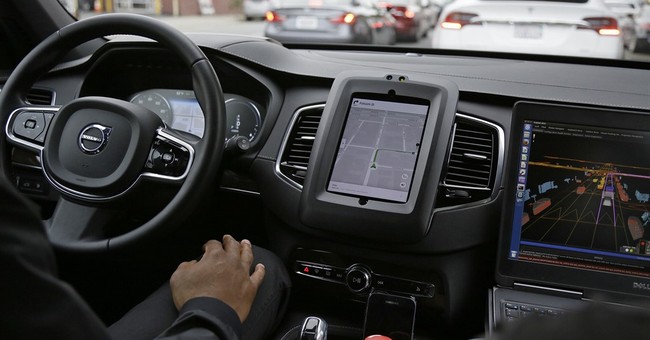 New York's Green Light Law, passed by the state legislature, will allow illegal immigrants to apply for driver's licenses starting on December 14. County clerks that do DMV work across the state, even Democratic ones, are opposed to the measure because, as they put it, it will be time-consuming, expensive, and just plain unconstitutional.

Erie County Clerk Michael Kearns, who is a registered Democrat, filed a lawsuit against the bill, only to have it thrown out last week after a judge ruled he had no "standing" in the case.

Republican Rensselaer County Clerk Frank Merola thinks that is a load of bull. He filed a motion for a preliminary injunction to stop the Green Light Law this week and if it's ignored then he too will move forward with a lawsuit. He expects that effort will face the same fate as Kearns's, so he launched a preemptive strike against the judge's ruling.

"I understand that the State may intend to assert that I lack standing to challenge the Green Light Law," Merola said in his motion. "But I am at a loss to understand who could challenge this statute, if not me. I have long served as County Clerk in Rensselaer County. I have personal experience with the issues involved in this case, and a personal stake in its outcome."

The clerk also argued in the motion that the legislature's Green Light Law is a slap in the face to the 9/11 Commission, which concludes that all levels of government need to cooperate for the greater good.

"Sadly, the lessons of the 9/11 Commission and the need for all levels of government to work together to keep America safe have been forgotten by New York State officials," Merola said.

He made one more point in an interview with Townhall. Namely, that this isn't about driving at all.

"There’s no right to driving," he continues. "It’s all a privilege. To give the privilege to someone who’s already breaking the law doesn’t make any sense."

Merola revealed that he has been threatened with state prosecution and removal from office for refusing to comply with the state's radical measures. Back in 2007, he was threatened by the commissioner, attorney general, and Gov. Eliot Spitzer for challenging their plan to grant illegals licenses. This time he believes Attorney General Letitia James made reference to the threat of removal if his office does not comply with the Green Light bill.

Merola expects his case to be heard by Judge Gary Sharpe of the Northern District of New York.